The oral oddities of ruminants

In the last post I wrote about the strange anatomical structures in the beaks of spoonbills. This time I will cover again oral oddities, but in a fully different class of animals. Ruminants have always been among the most important game for humans, and in the form of their domesticated varieties among the most important animals in the history of mankind. Sheeps, goats, various domestic bovines and domestic reindeers were essential elements of whole cultures, and even today huge industries are build on some of them.

So it is not surprising that we normally do not think of anything really weird when we look at those animals. That´s probably in part because we usually don´t come really close enough to them, but also because most of us usually don´t butcher or dissect them ourselves.

But if you do so, you can find anatomical structures of nearly alienesque weirdness. If you have seen photos of the mouth cavities of leatherback turtles (Dermochelys coriacea), you will know about those totally crazy spine-covered papillae which help them to engulf such slippery prey like jellyfish, and which also line the whole length of the esophagus (actually Dermochelys isn´t the only marine turtle with such papillae, only the most famous one to have them).

But as grotesque as those spinous papillae of leatherback turtles seem, they aren´t even that different from very similar structures found in the mouth cavities of ruminants like for example ordinairy domestic cows or sheep. One good way to see them in all their strangeness, is to dissect a ruminant head,. That is a great possibility to see even the normally not visible parts inside the mouth, and all the extent of the oral papillae.

But sometimes you can also have the chance to see them in a living animal. Last year I visited the wildlife park Wildparadis Tripsdrill, a really very nice park with a very large number of interesting animals, mainly from the Northern hemisphere. Many of the ungulates there are used to eat the pellets which are sold for visitors. Besides various deers, muntjaks, mufflons and some other ones, there are also domestic yaks (Bos grunniens), which are eager to beg for pellets. 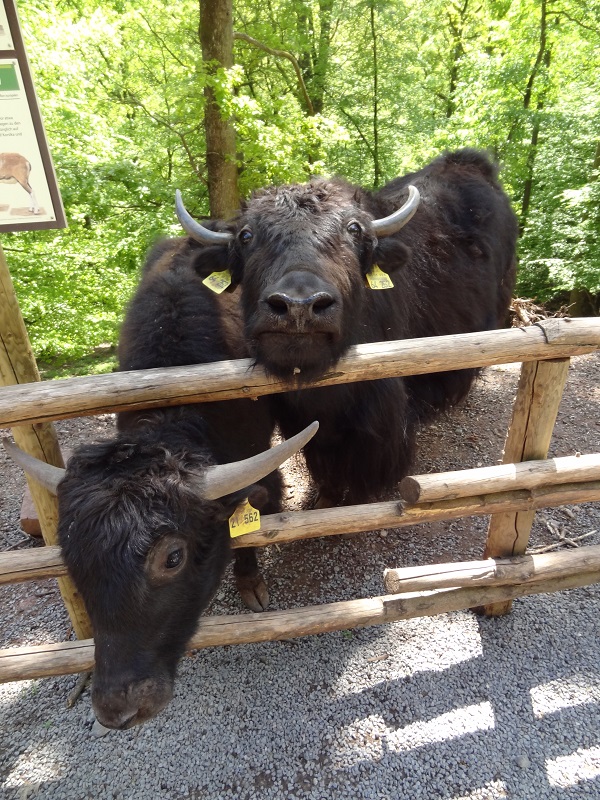 Now let´s look into their mouths. 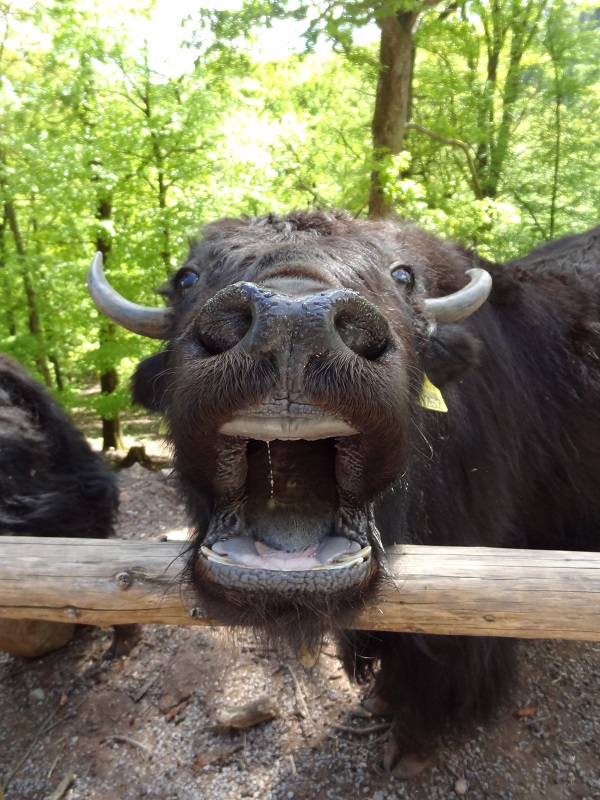 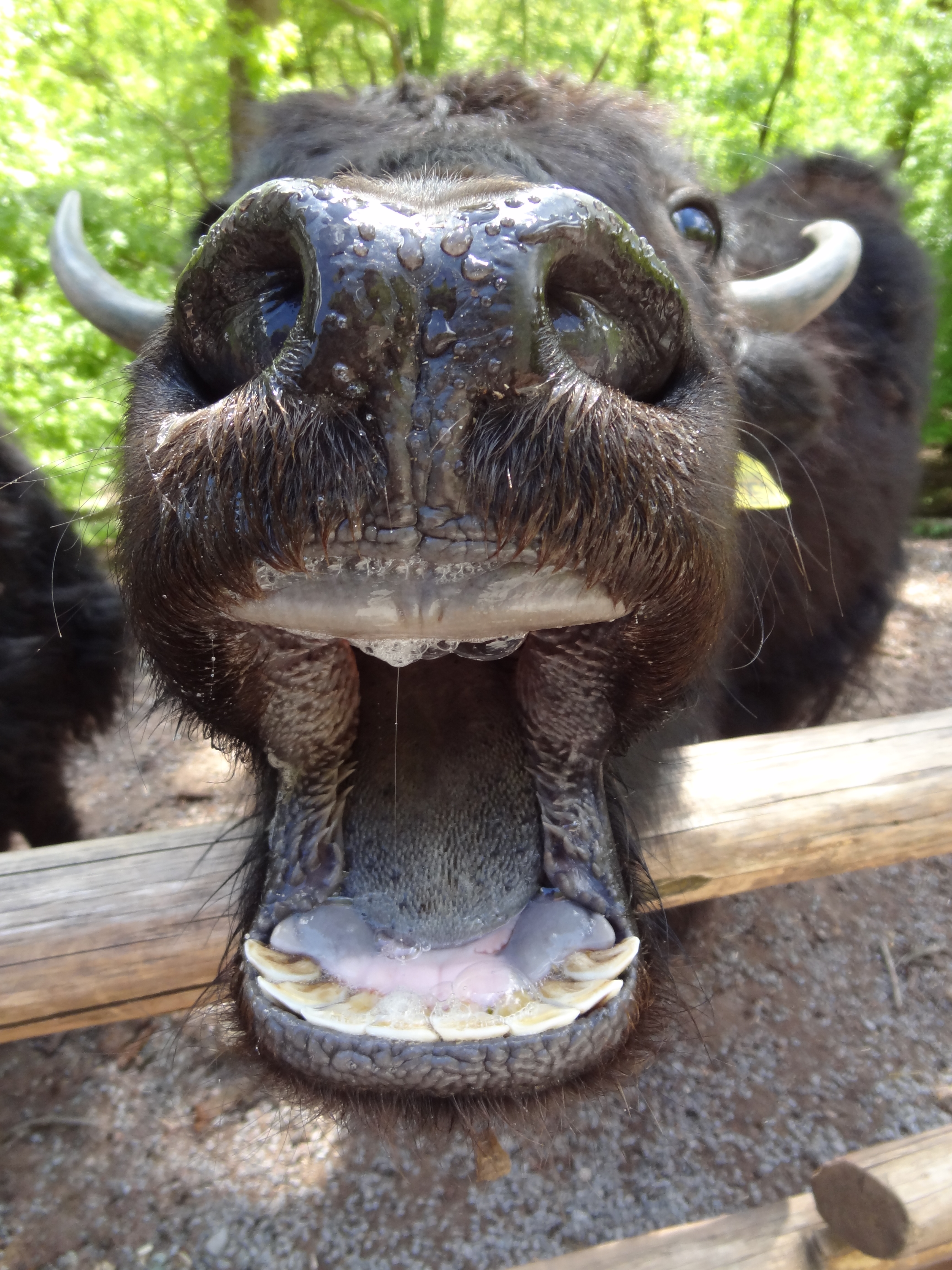 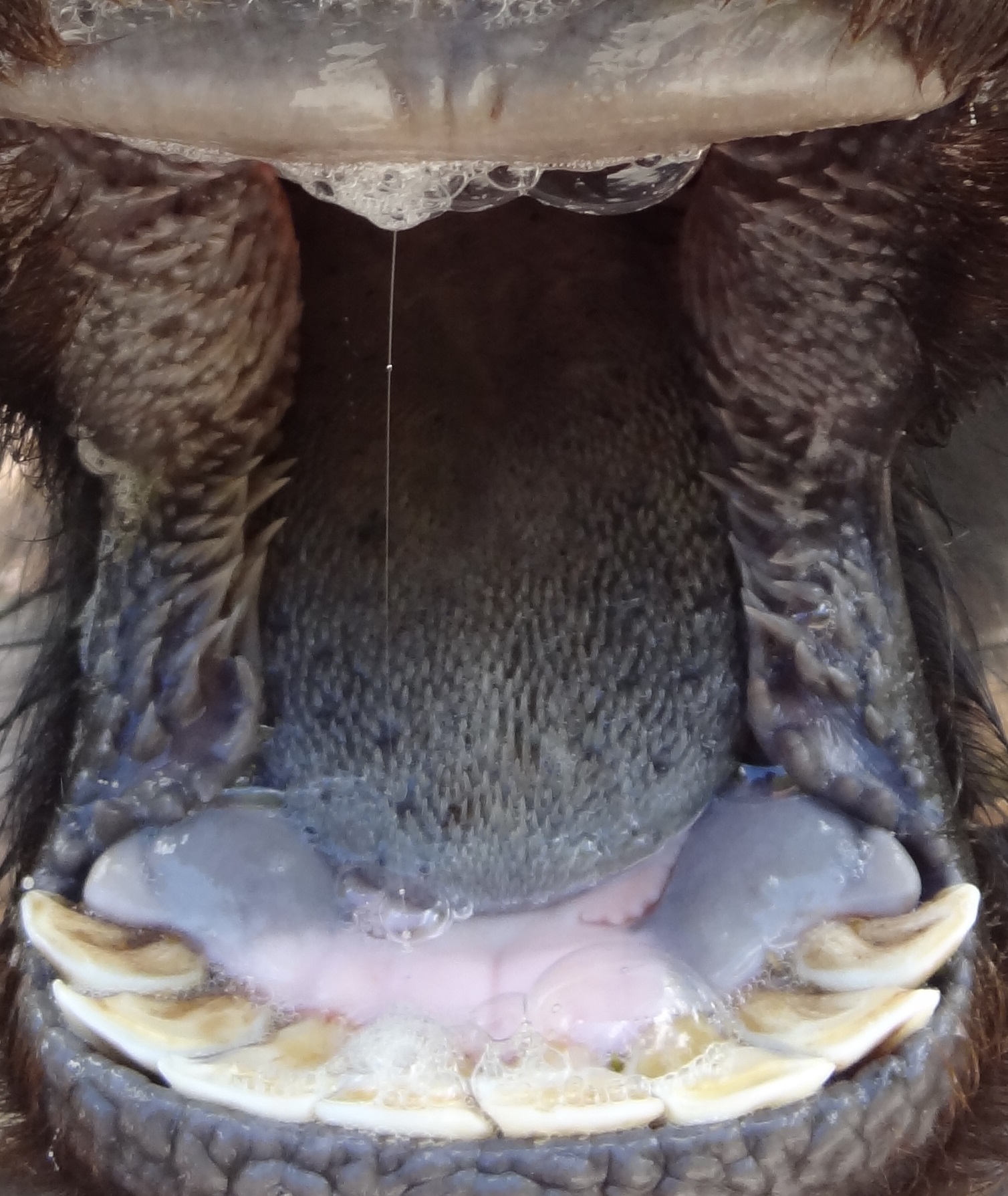 The whole insides of the cheeks and some other, in this photo not visible areas, are covered with weird tentacle-like villi. They are directed towards the gullet, and form together with the much smaller papillae on the tongue a conveyer system for plant matter.

Another photo taken from the side: 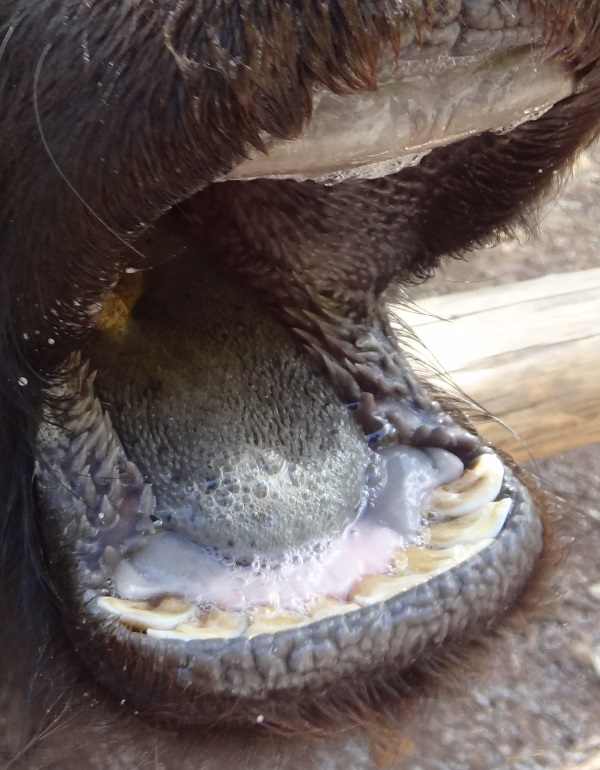 Besides several still not fully grown subadults, there was also a highly impressive bull, which was also quite willed to show the inside of its mouth. 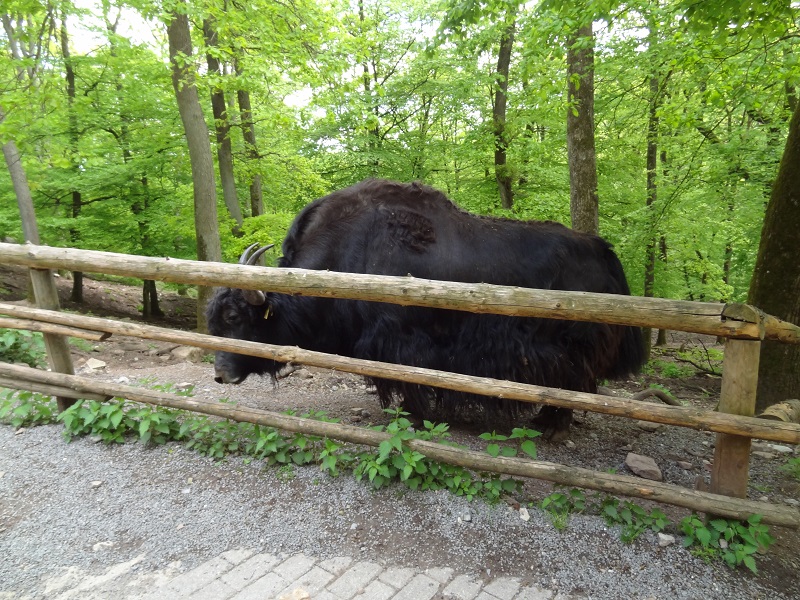 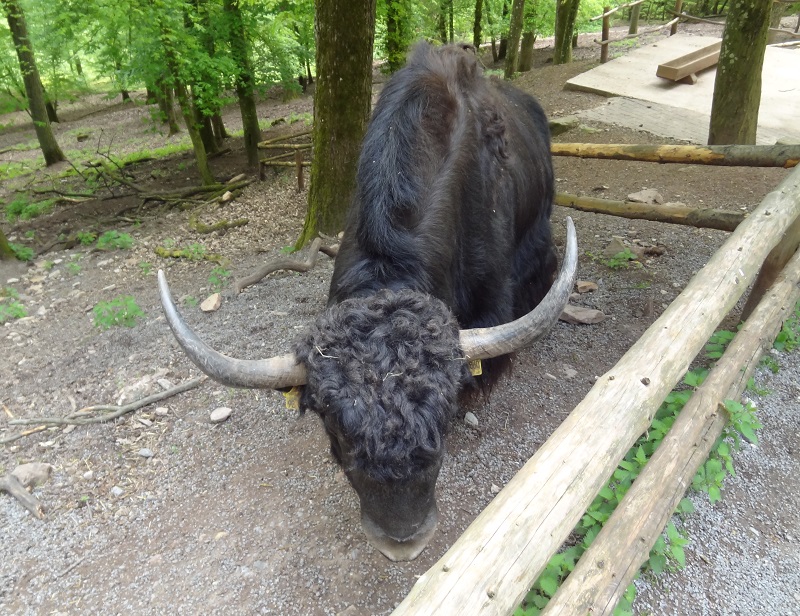 Even given the fact that domestic yaks don´t grow as big as their wild relatives, this bull was still a highly powerful and beautyful being. 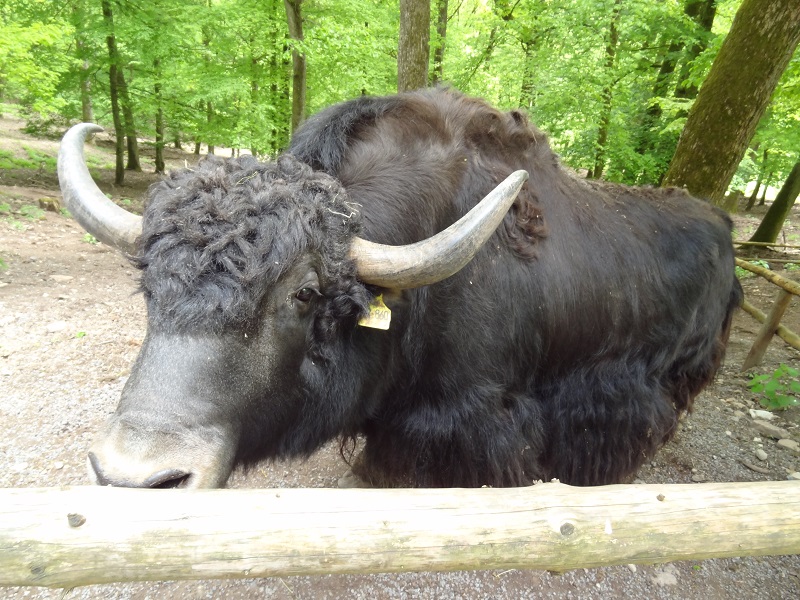 And it had a nice white beard as well. 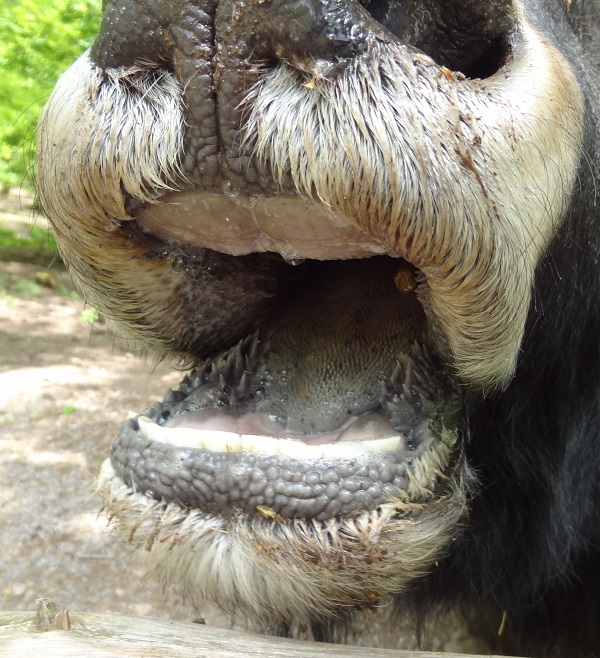 Those villi are more or less soft, but some of them, in particular those in the lower corner of the mouth, have well pronounced keratinized tips which extends into short spines. 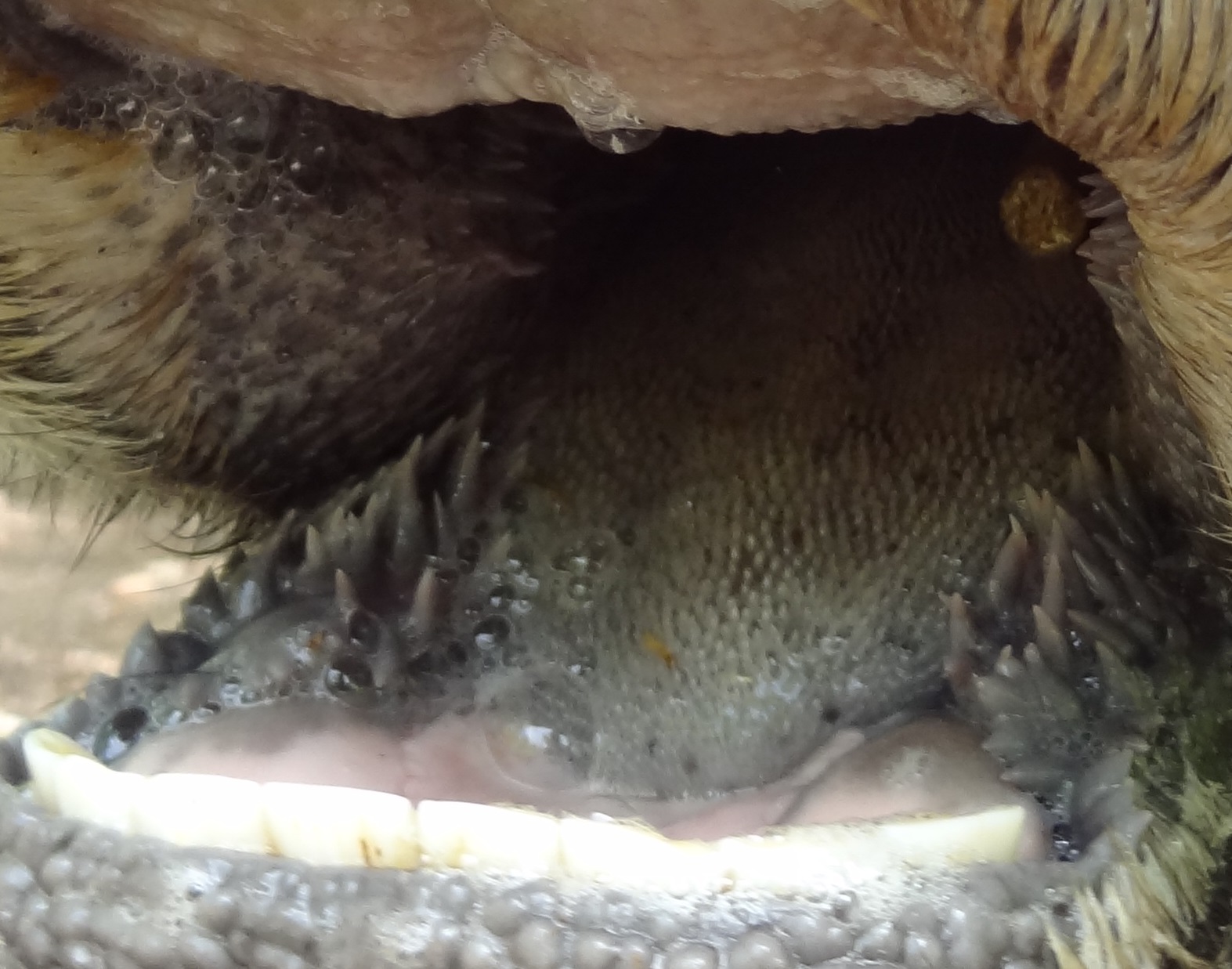 And what looks at that perspective nearly like some alien slug radula is still only a quite normal bovine mouth. 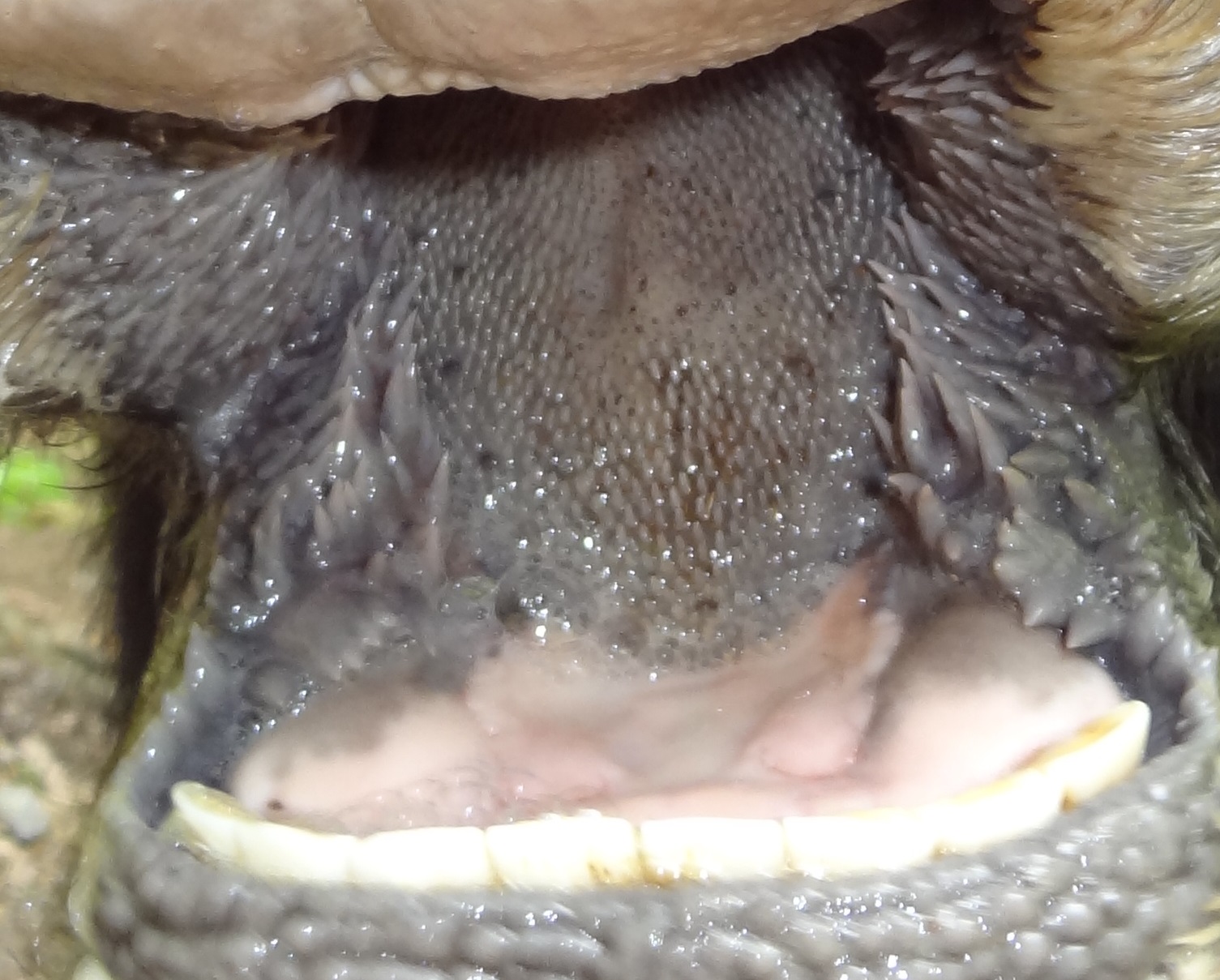 The tongues, cheeks and other elements of the oral cavities of many animal are highly specialized, sometimes even extremely grotesque by human standards, but they usually still don´t get much attention.