Birds with weird beaks part III: Why spoonbills are even stranger than you think

Spoonbills (Plataleinae) have obviously weird beaks. The overall elongated shape with the flat and proximally widened end is already a quite strong modification of the „normal“ bird beak. But you have to take a really close look at the beak, to see another, much lesser obvious anatomical feature, which makes it even more bizarre.

If you take for example the Eurasian spoonbill (Platalea leucorodia), a bird of quite exotic appearance which surprisingly even breeds in low numbers in great Britain, Denmark and Germany. The proximal half of its beak is nearly absurdly thin and flat, with the epynomous spoon-shaped end. That´s what people usually look at and immediately know why it´s called spoonbill.

When you look however in the distal part of the beak, you won´t not only notice some fine transverse ridges on the upside and margins of the beak, but also some strange keratinous structures at the inside. 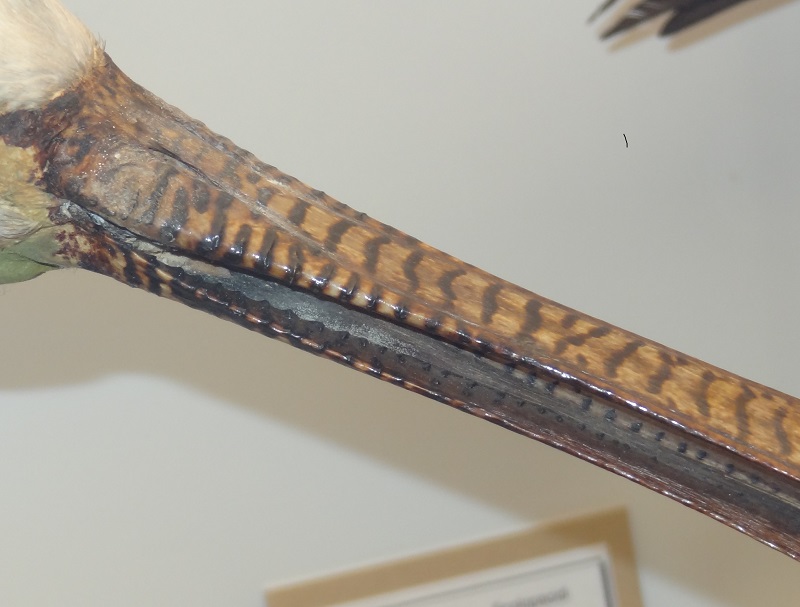 And that´s how they look in a more lateral view: 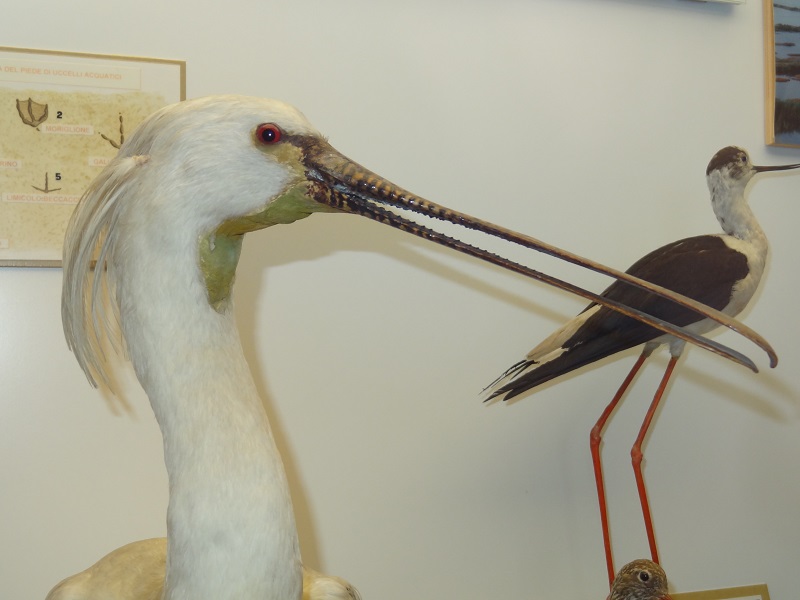 I made another photo without flashlight, to make it somewhat more contrasty.

And for comparison one with flashlight: 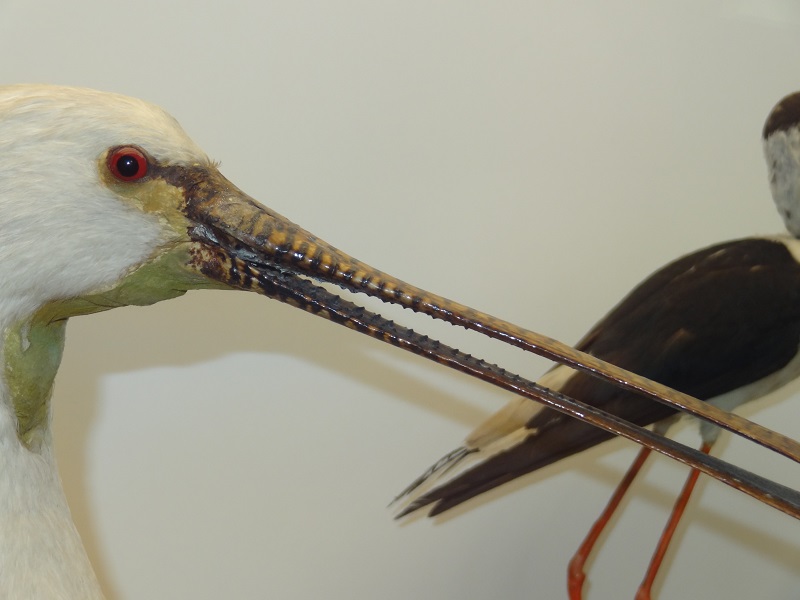 That´s it, there are numerous conical peseudoteeth-like processes inside the beak. They are easily overlooked from the distance or from other viewing directions. That´s one reason I  really enjoy looking at museum specimens, because you can often see tiny anatomical details you can rarely see in a moving and usually more distantly located living animal.

I tried to make another photo to get a shot of the keratinous cones in the upper beak: 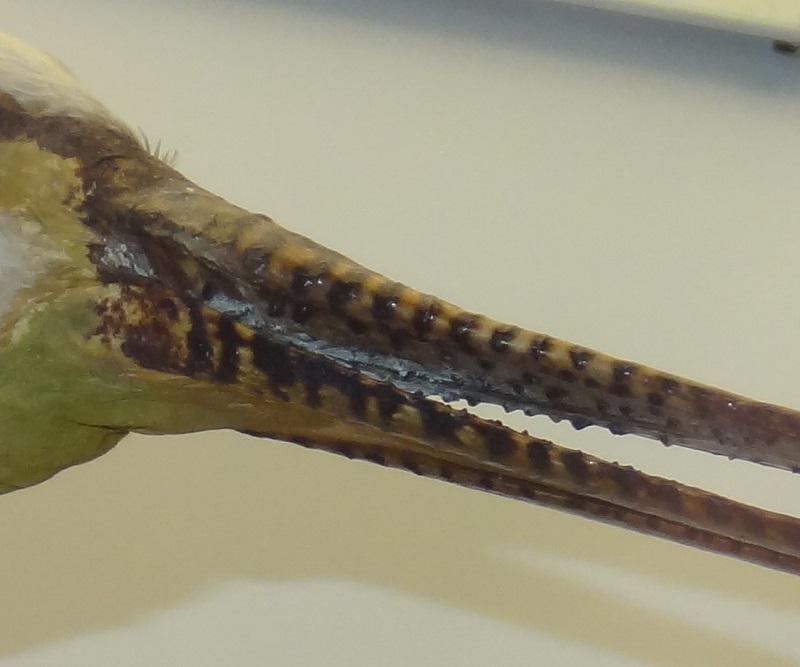 That was part III of the weird bird beak series, which I hope to continue anytime. But I think I´ll make a break now to write the next blogpost about something different.