That´s just another of those posts which focus on lesser known anatomical oddities in otherwise better known animals. This time it´s about one of the most iconic teleost fish, the grand swordfish Xiphias gladius.

But I won´t cover its most prominent attribute, the highly elongated rostrum, but take instead a look at the other end of the body. Depictions of swordfish in books are usally in a lateral view, as are most photos. As a result of this, the horizontal shape of the body is hardly recognizable. When I was last year at the island of Corfu (Greece), I had the chance to take a photo of a tail end of a swordfish when I visited a fish market. At this perspective, you can see very well how wide and robust the tail actually is, and how strong and massive the locomotory caudal muscles really are.

But even more surprising was the sheer size of the lateral keels near the caudal fin. This keels are often mentioned in books about fish, but they look only quite unremarkable on typical illustrations in lateral view. 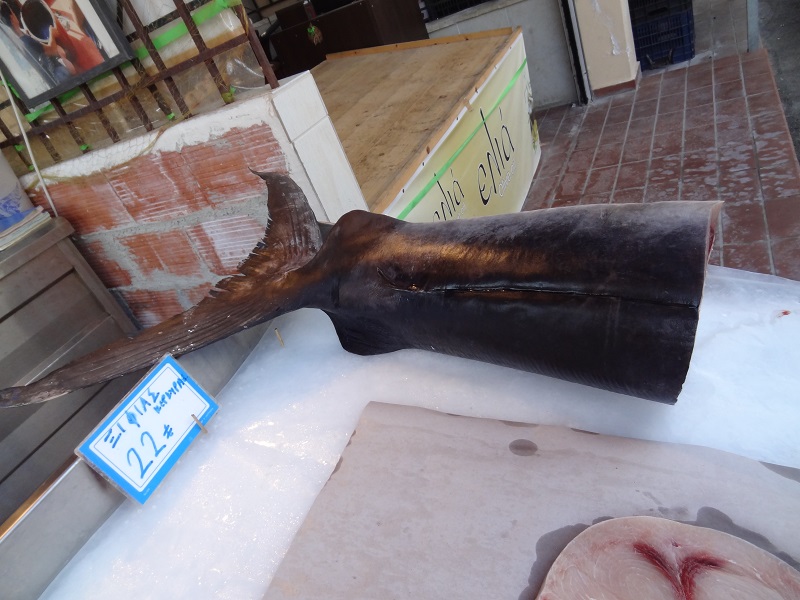 This keels are unique among Istiophoriformes, all the other species like marlins or sailfish – which belong to the distinct genus Istiophoridea – have instead a vertical row of two pairs of lateral keels.

This keels act as stabilizers during swimming, and also occur in comparable shapes in other fast-swimming pelagic fish like mako sharks.