Photo of the Day: Chiemsee Pike

Pikes have always been among my favourite native European freshwater fishes. Their taxonomy has  become much more complex in recent years, when two additional European species were described, so that Esox lucius is no more the only of its kind in Europe. This particular topic will (hopefully) anytime be featured in a more extensive blogpost about the amazing diversity of pikes.

Last year was a particularly good one for me in terms of finding pikes in the wild. Besides some really impressive specimens I saw during my trip to Königssee and three small ones I discovered in a lake at the Swabian Alps, I could also take some underwater photos of several young pikes at Chiemsee. This one is likely the best, which shows a pike of around 15-20 cm: 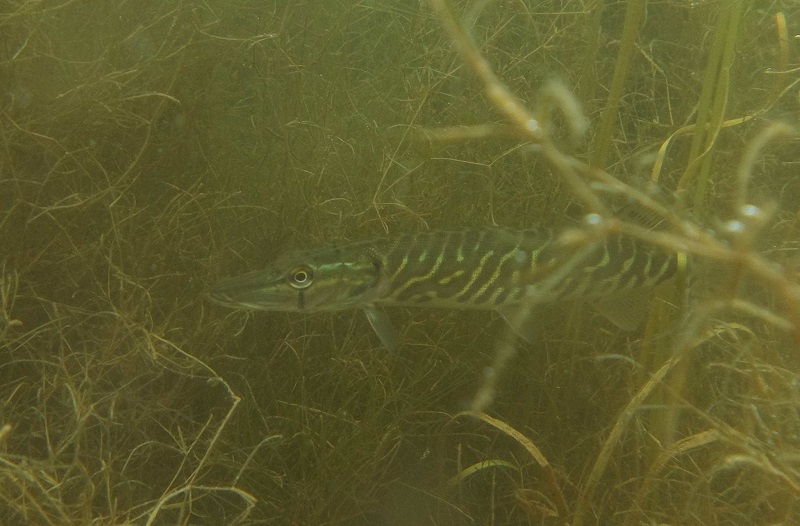 You can see very well how the camouflage pattern of the pike blends within the structure of the underwater vegetation.