Perhaps you have heard about the recent report about a lioness at Oklahoma City Zoo, which „mysteriously“ grew a mane. As usual „scientists are baffled“, at least according to the news-site which spreads the story.  However, the whole case is neither mysterious nor that unusual. The lioness at Oklahoma Zoo, her name is Bridget, is already 18 years old, what´s quite old for a lion, far older than they usually they live in the wild. Even big cats age, and like humans, they also can have a menopause, and as a consequence thereof, a change in the production of sexual hormones. We all have male and female hormones in our bodies, which are in a quite complex interaction with our metabolism. Changes of the hormone levels can result into a lot of physical changes, from increased or decreased muscle growth, accumulation or breakdown of body fat or the reduction or reinforcement of secondary sexual characteristics like body hair.

In lions, the growth of manes is controlled by testosterone (similar to the growth of beards in humans), so changes in the level of this hormone can result into an increase or decrease of mane growth (the whole thing is of course even much more complex, and also depends on the subspecies of the lion). And it doesn´t matter if it is a male lion of a female lion. A male lion with very low testosterone levels will hardly grow a mane, whereas a female lion with high levels of testosterone can grow a small mane. The origin of such an inbalance can be quite variable. It can be a congenital defect, a dysfunction of hormone producing organs or a hormone-producing tumor for example. It can be (more likely in males than females) a result of an accidental or artifical removal of the gonads. Something like that is likely if a comparably young lion shows for example a mane which is atypical for its sex. But if a lion, which has been totally normal for its whole life, starts to exhibits unusual mane growth at old age, it is highly likely a result of the hormone imbalance after the menopause. The production of typical sexual hormones decreases, and the effects of the normally suppressed antagonistic hormones can become more visible.

I have seen such cases myself. There were two lion-sisters at Stuttgart Zoo, Schiela and Elektra (both 1994-2008), which grew both a well visible mane at old age. Here is a photo of one of them, which I took in 2003: 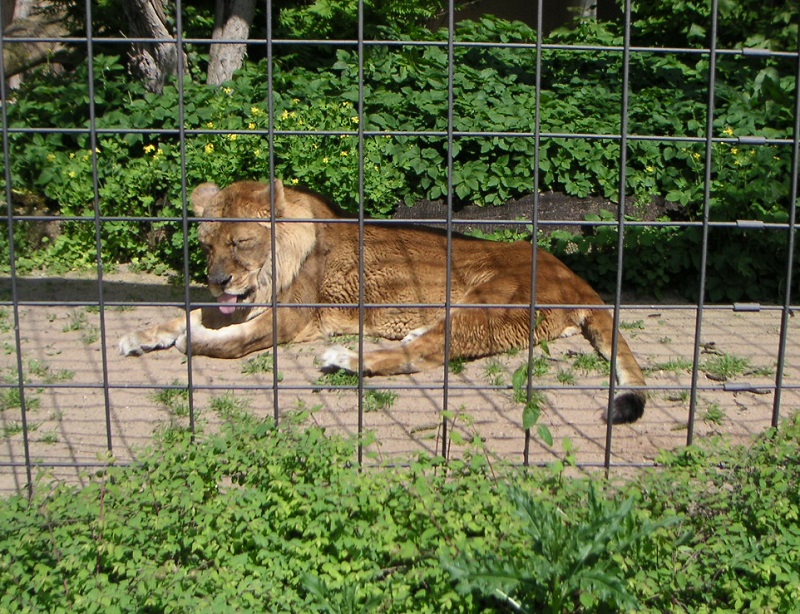 As you can see, the mane resembles those of a young male lion which just hits puberty. It´s neither as long, nor as extensive or dark as those of a typical male lion. It is more the feline equvialent of the facial hair seen in some (often more elderly) women.

It was sadly not that easy to take photos of her, but you can see some better ones here, here and here.

Schiela and Elektra were also not the only other known case of old lionesses with manes, and there is really nothing about them that would baffle scientists. 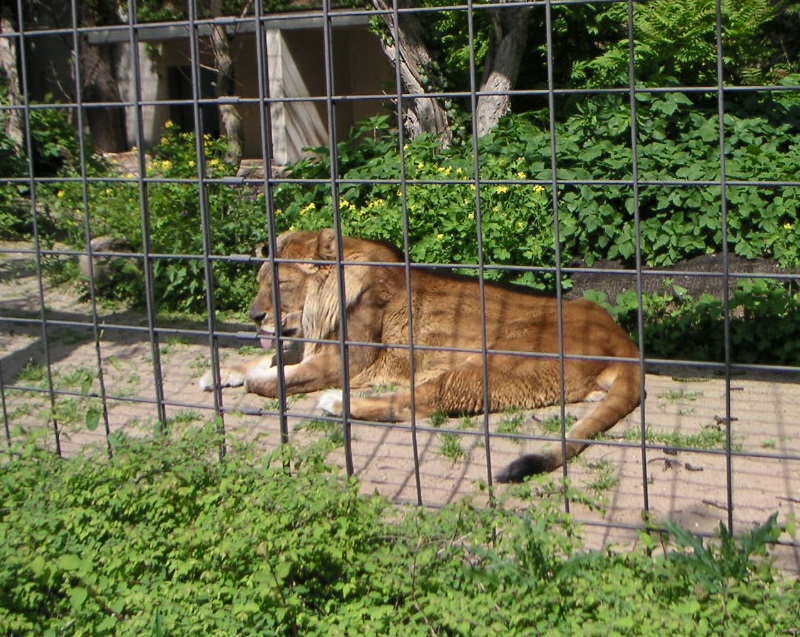