During my recent visit to the Chiemgau Alps, I made also a day trip to Chiemsee, one of the largest Bavarian lakes. I made a slight detour to a nature reserve around the area where the river Großache issues into the lake. This wonderful delta has a quite diverse landscape with a very rich fauna. And as it turned out, the local bird fauna was even much more extraordinary than I had imagined. When I was standing on a birdwatching tower and took a look with my binoculars over the lake, I was extremely surprised to see a strange pink bird among the flocks of ducks, cormorants, swans and coots. I could hardly believe my eyes when I realized that this odd bird was actually a flamingo:

It was sadly very far away, and it spent most of the time with its head underwater, so I could not take very good photos of it. 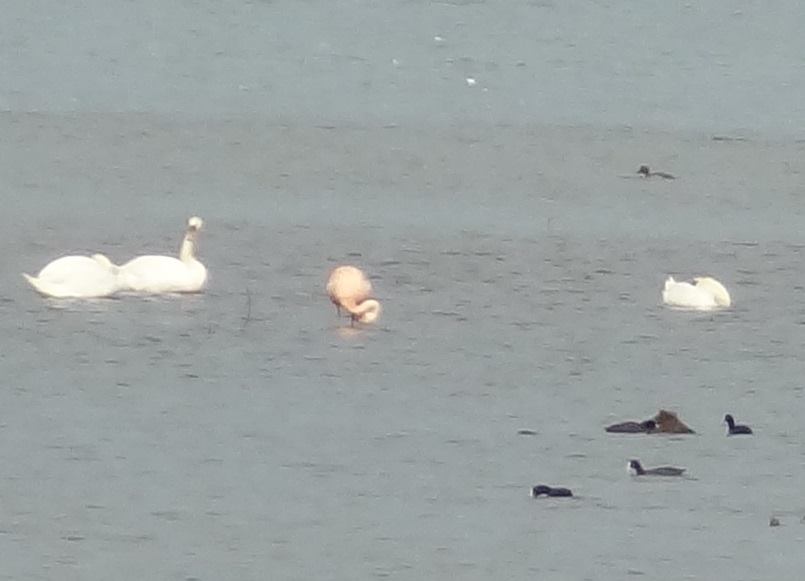 Here are also some other photos to give you an idea about the rich diversity of waterfowl there:

As good as a bonus, I could also discover four juvenile grass snakes (Natrix natrix) on a tree trunk in a swampy area in front of the birdwatching tower. You can see two of them here: 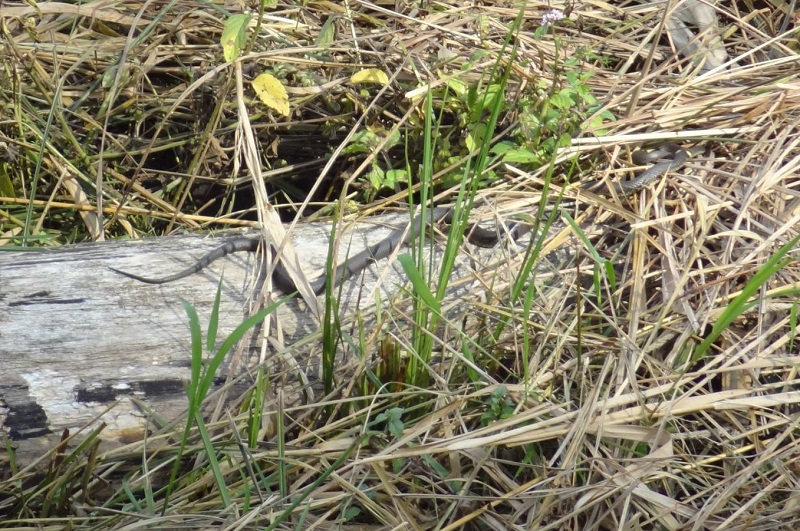 Here is another one, showing a juvenile grass snake  and a juvenile viviparous lizard (Zootoca vivipara): 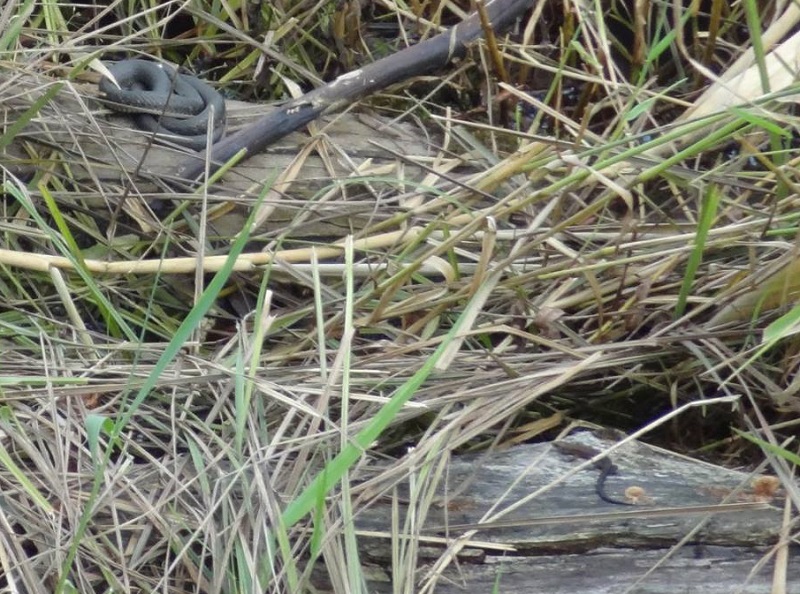 Some later research revealed that this flamingo was only one of five specimens, which have been around in the Chiemsee area since some years. The first sightings date back to 2001. Their true origin is not fully known, but they are possibly escapees from a private exotic bird collection at Leopoldskren near Salzburg, which has a colony of 90 greater flamingos and Chilean flamingos. It seems that at least some of the flamingos at Chiemsee are of the Chilean species.

You can see some better photos and even a good video of them here.

It seems likely that this small group won´t successfully reproduce and increase its number, as there are hardly any suitable breeding areas around. There actually is however already another breeding and reproducing population of flamingos at Germany, at Zwillbrocker Venn, just next to the border to the Netherlands. This colony dates back to around 1970 and consists of three different breeding species, greater flamingos (Phoenicopterus roseus), American flamingos (Phoenicopterus ruber) and Chilean flamingos (Phoenicopterus chilensis). Even hybridization between the greater flamingo and the two other species was already observed. Since some years there were even sightings of isolated specimens of the lesser flamingo (Phoenicopterus minor). One reason why this colony could survive for decades is the plancton-rich water, which is mainly a result of the excrements from a black-headed gull breeding colony at the lake. The other reason is the existence of an island in the lake, where they can breed. But today it takes additional human help to make this reproduction possible, as fox predation, even on the island, has become a serious problem.