At the birdfeeder: Grosbeaks and bullfinches

At the end of last year I made several bird feeders, among them two bigger wooden models for seeds. It took some time until I finally managed to instal one of them in the garden, but the birds quickly learnt to use it. I was especially delighted when I discovered that two pairs of grosbeaks had also discovered the sunflower seeds. I don´t remember when I´ve seen grosbeaks the last time, but it was surely several years ago, what made it even better to see those impressive birds from close distance.

Grosbeaks  or hawfinches (Coccothraustes coccothraustes) are the largest members of the finch family Fringillidae at Europe. Their highly specialized massive beaks are even strong enough to crack open plum and cherry seeds, what enables them to exploit food sources unaccessible for most other birds. 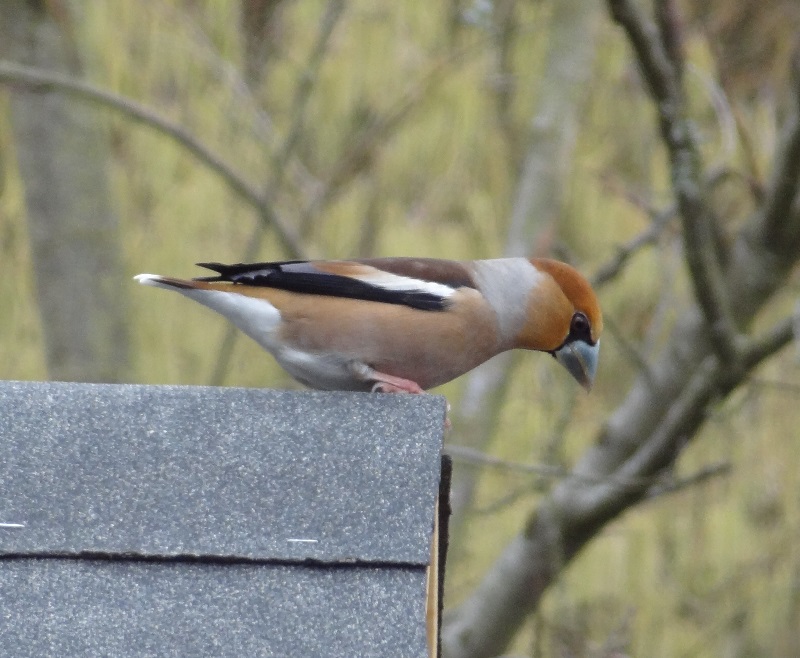 The inside of the upper beak is equiped with five cutting edges, three median and two lateral ones and  grooved surfaces in the distal half of the beak, which correspond to a pair of knots in the lower beak.

Another species which regularly dines at the bird feeder is the bullfinch (Pyrrhula pyrrhula), another large member of the Fringillidae. The males have strikingly read plumage and are undoubtedly among the most beautyful European songbirds. 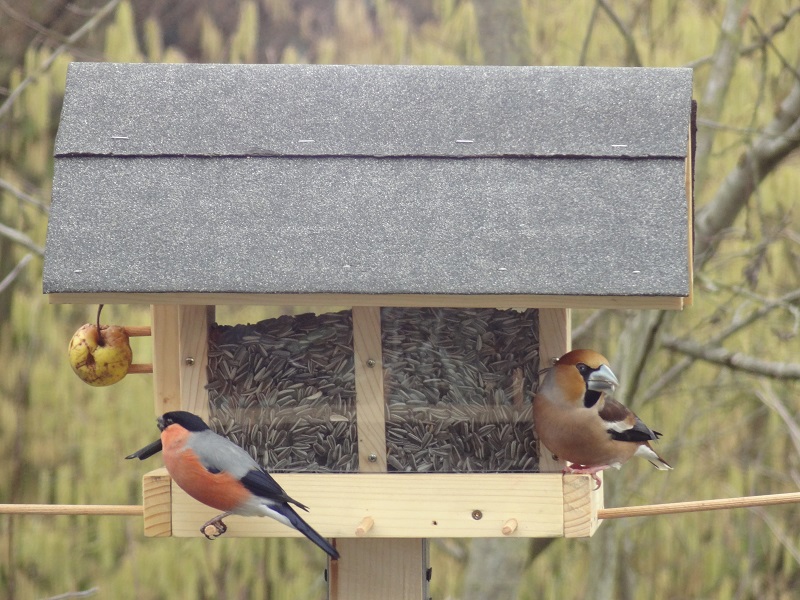 Compared with the greenfinches, chaffinches and sparrows in the garden the bullfinches look pretty big, but next to the bulky grosbeaks even they seem delicate. 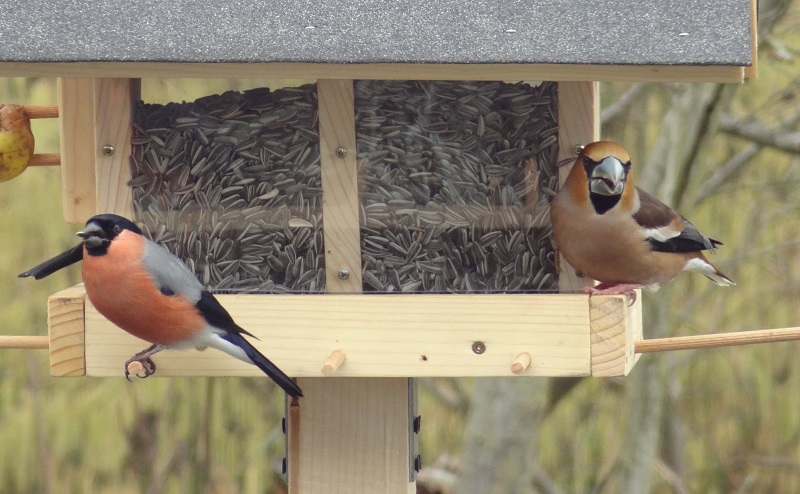 A female bullfinch, which is of much lesser spectacular colouration than the male. 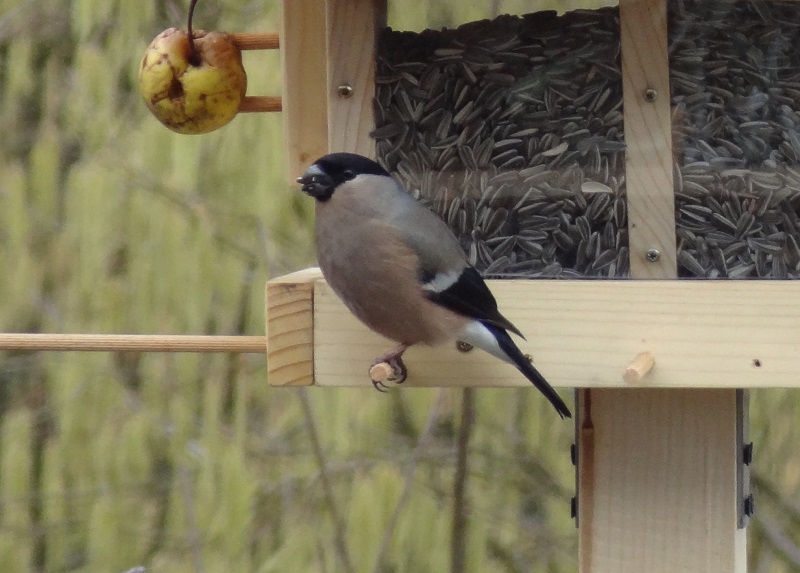 This bird feeder works really quite good, and possibly I will write a blog post about its construction.