Under the hermit crab´s shell

Hermit crabs are freaky and cool for many reasons. They live inside the external skeletons of dead snails to cover their misshapen abdomens, which they even sometimes plant with living anemones, they have some of the most extensive body assymetries of all crustaceans, some of them are among the most succesful terrestrial decapops of the world while their largest member, the coconut crab Birgus latro is by far the largest terrestrial arthropod since the Carboniferus.

When I was two years ago at Crete I had the chance to take a closer look at two dead hermit crabs from some fishermen´s bycatch. 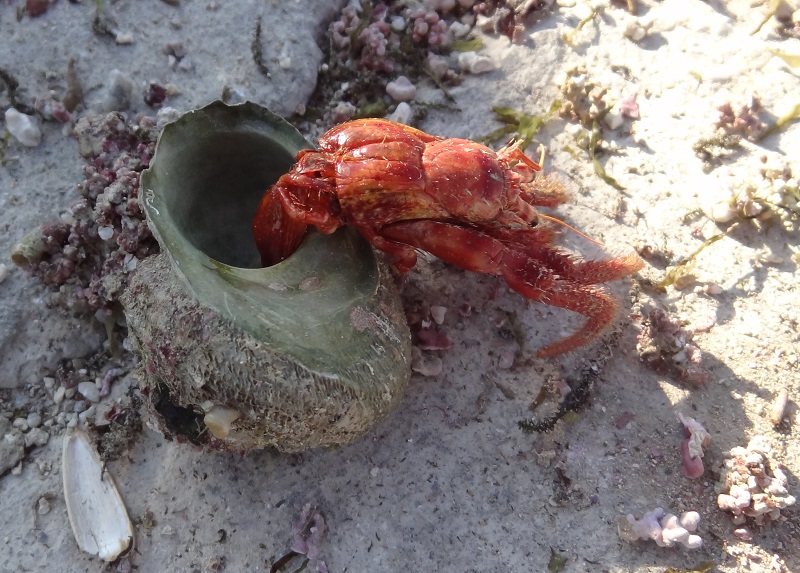 You can usually only see the front part of the body, but in this dead individuals I could easily separate the hermit crabs from their shells to take a look at their abdomens. 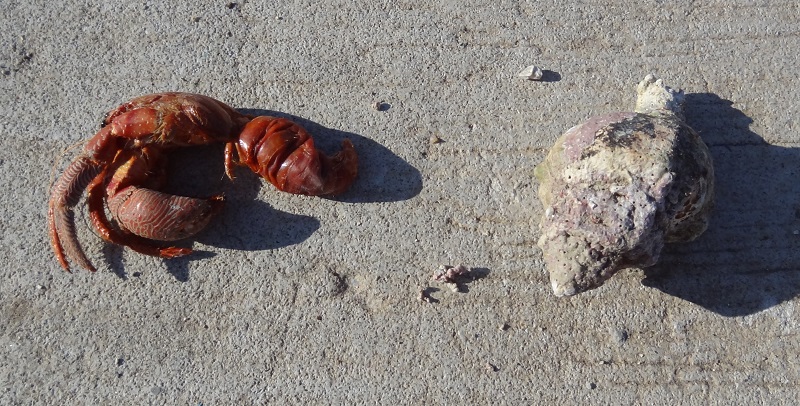 They had been lying there already since some time in the sun, so the very soft abdomens were already somewhat shrunken. 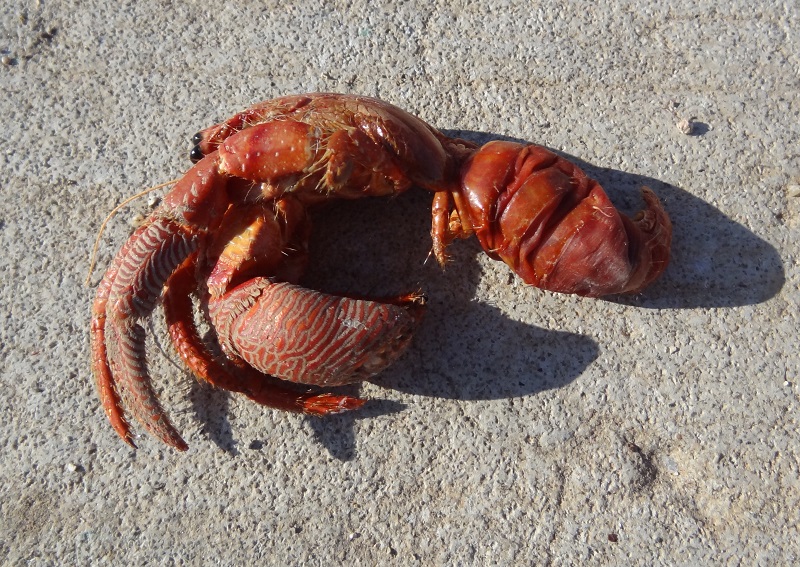 A look at the other specimen: 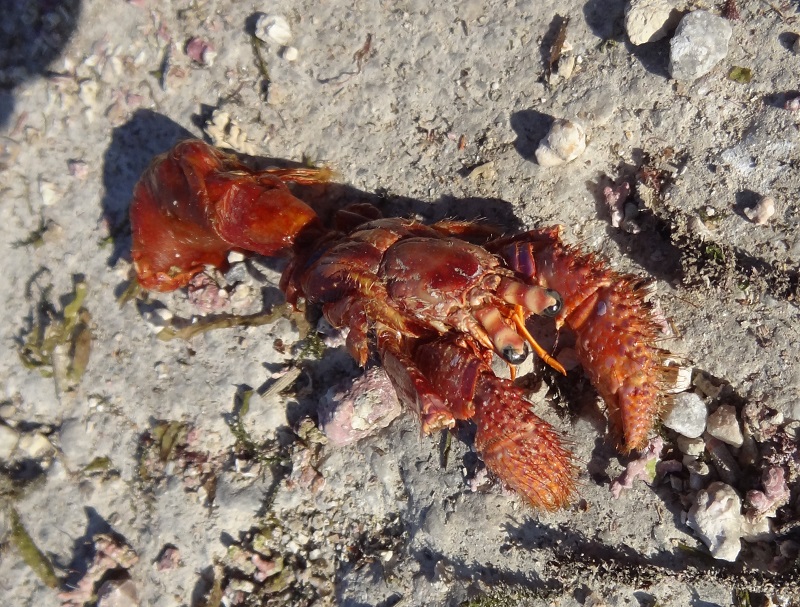 On the left side of the abdomen you can also see the highly modified pleopods used to hold the abdomen inside the shells. 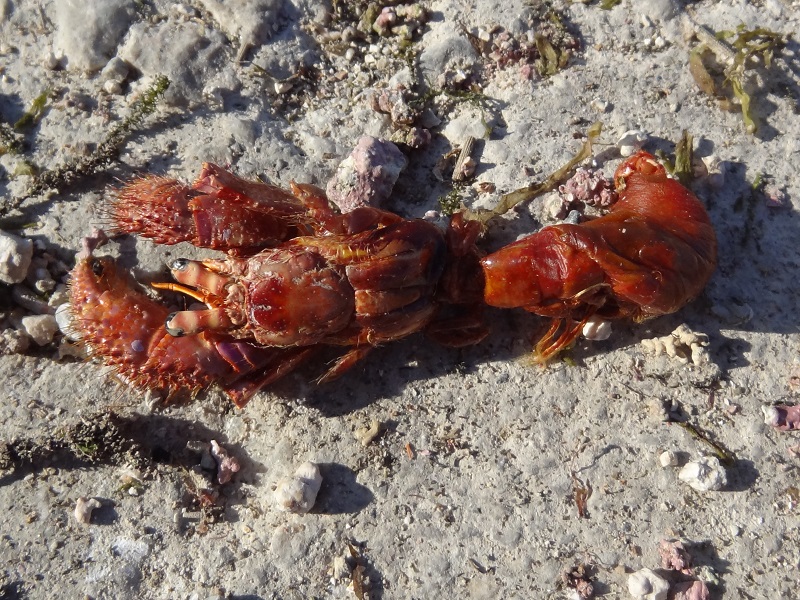 Close-up of the abdomen: 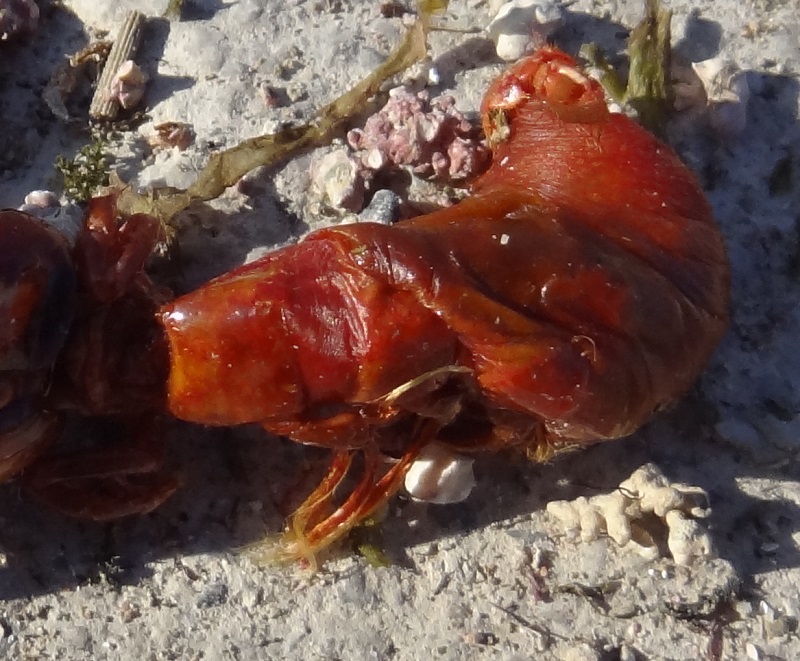 For comparison a photo of a quite fresh Pagurus bernhardus from Wikipedia, with the abdomen still in full shape: 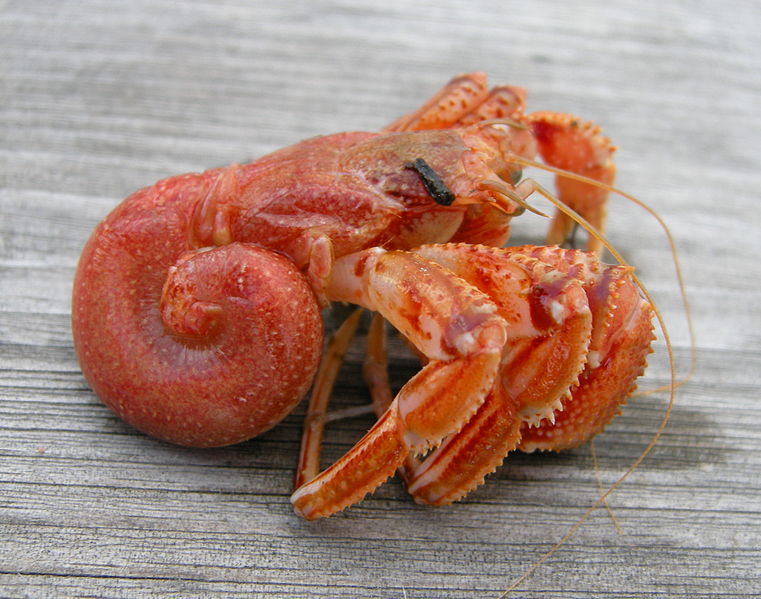 Here´s also for the better understanding of the anatomy a schematic depiction of a Hermit crab without shell: 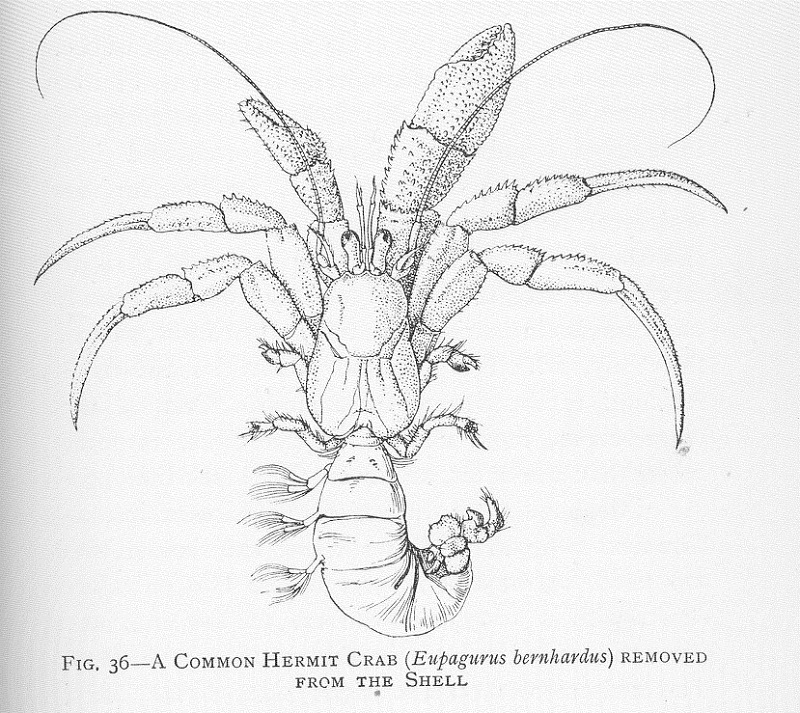