Besides strange flatfish, the fish market at Mahón had also a lot of other interesting species on display, like several monkfish (Piscatorius lophius), including one of the very largest specimens I have ever seen. I covered monkfish already some times before on the blog, for example for their occasional predation on birds, highly modified skeletons or general weirdness. 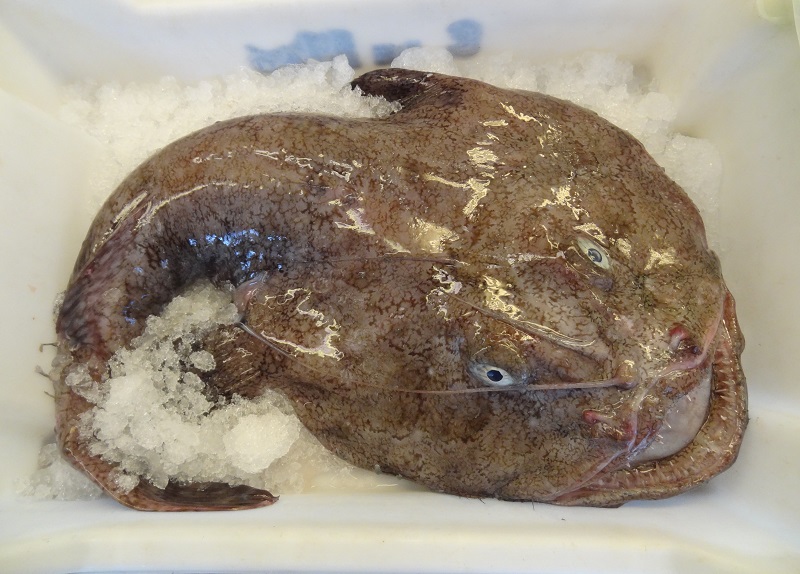 This specimen was still far away from the upper sizes which this species can reach (more than 1,5 m in exceptional cases), but even the sheer sizes if its head was already staggering. 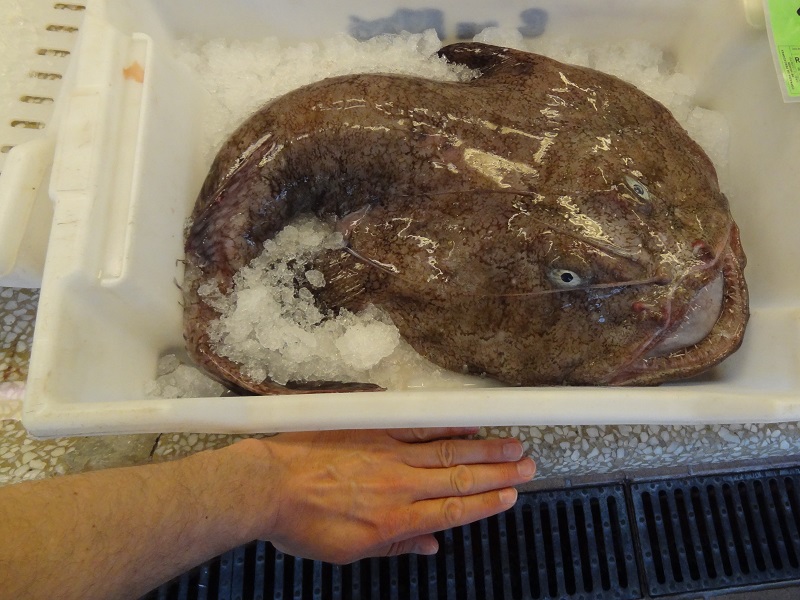 A close photo of the bear trap alike jaws which shows also the large set of teeth on the tongue bones. 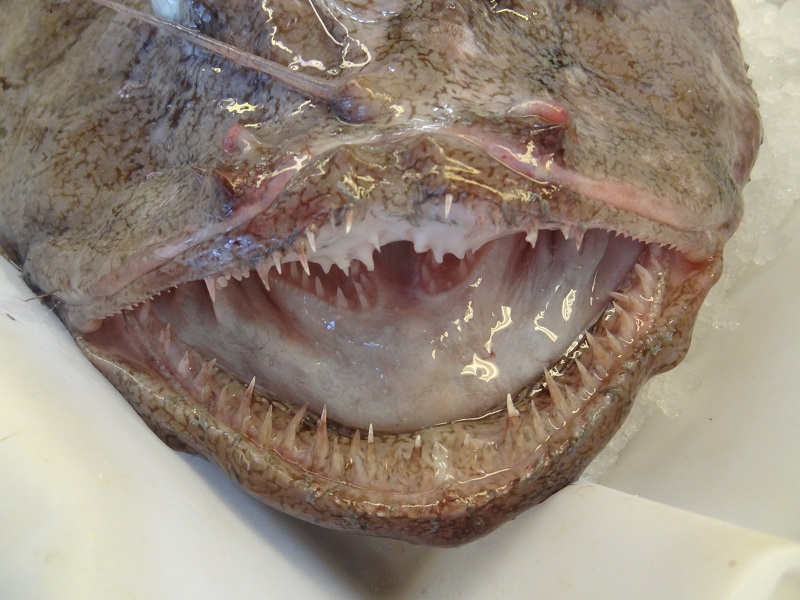 Detail photo of one of the eyes. 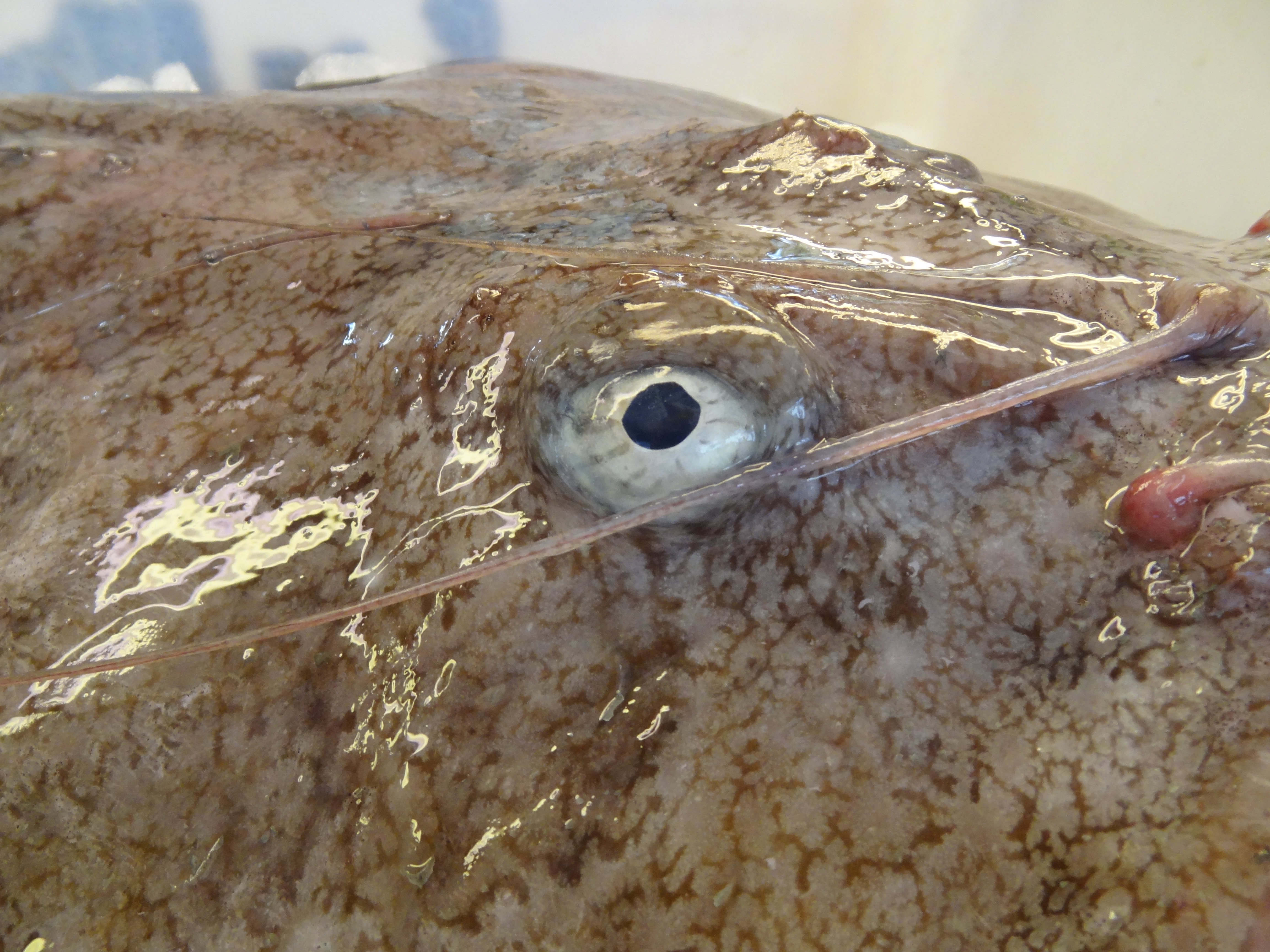 A second, somewhat smaller specimen which shows the rod or illicium with the skin appendix acting as bait. 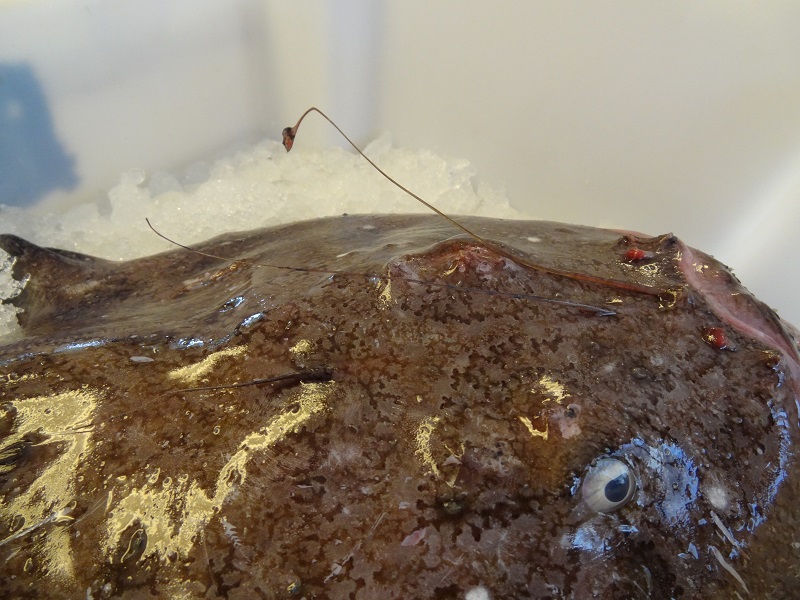 Lophius piscatorius is easily distinguishable from the quite similarly looking black-bellied angler (Lophius budegassa) when its abdominal cavity is opened. In L. piscatorius the membrane inside the cavity is whiteish, and blackish in L. budegassa. 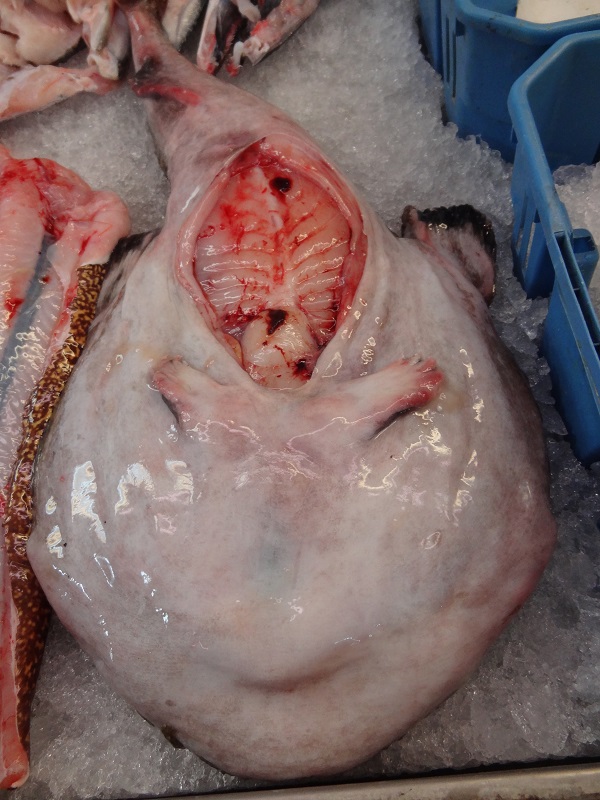 You can also see the two fleshy hand-like ventral fins, which are used by the monkfish to move on the bottom.