Starting into the herpetology season part I: Newts are coming

After the last entry spontaneously disappeared due to a server problem (together with the draft of the next part of the series), I make a somewhat shortened second version to restore the first part again.

So here are some photos I took two days ago during a walk, when I encountered a common newt (Lissotriton vulgaris) sitting on an asphalt field road. It was probably on its way to a pond or ditch. It was one of the first amphibian species I´ve seen this year, after I discovered the first alpine newts, common toads and moor frogs only a few days before. 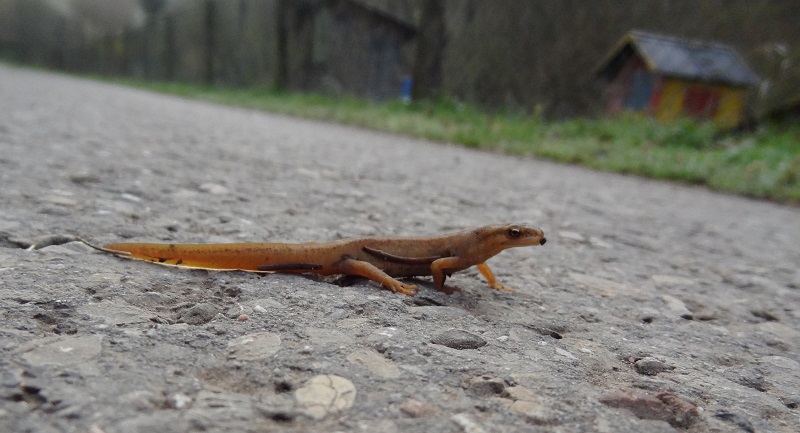 Common newts are besides alpine newts (Ichthyosaura alpestris, a pretty awesome name BTW) by far the most common caudates here around. 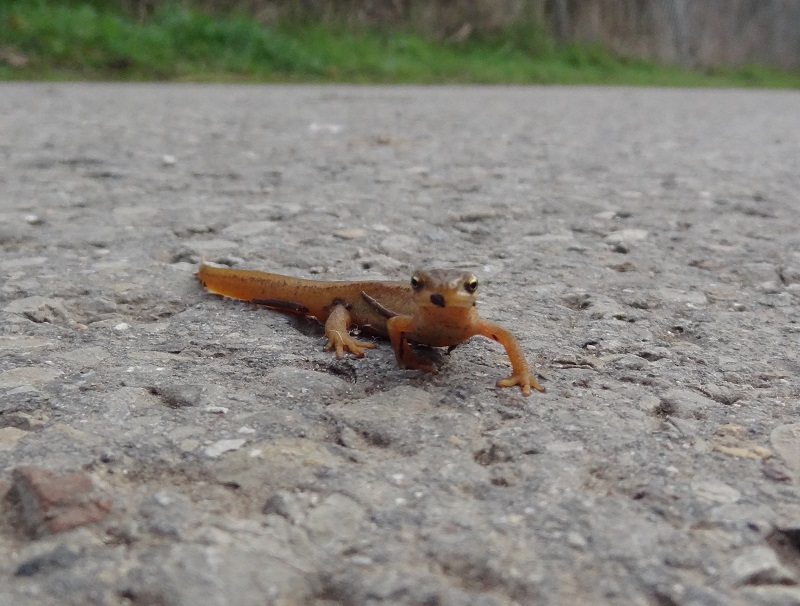 In their terrestrial form common newts are sometimes mistaken for lizards by people, because their dry and finely granulated skin doesn´t appear very amphibian. Furthermore their tails have not the large skin appendiges which form the fins and crests which develop in the aquatic form during the mating season. 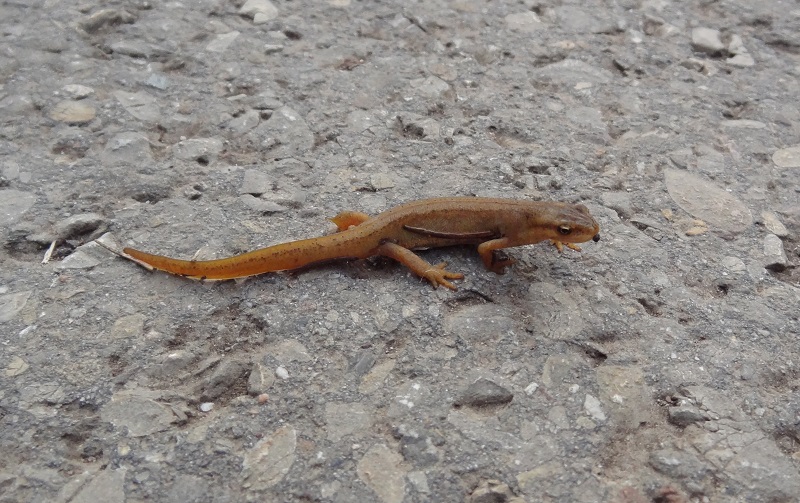 Another photo showing the specimen in dorsal view: 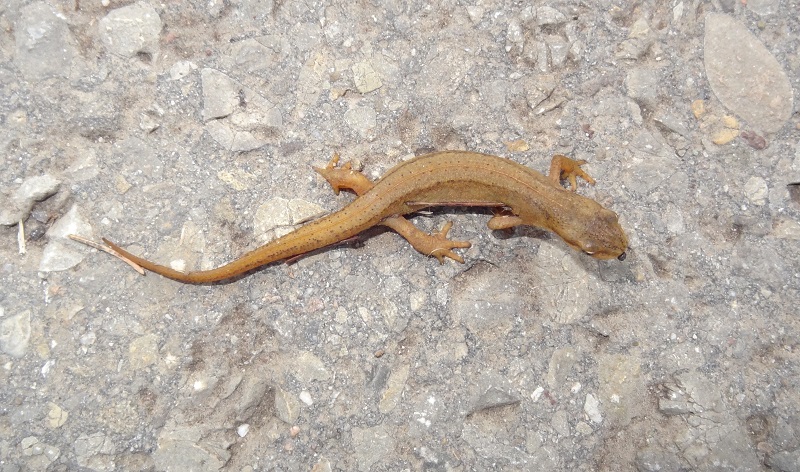 After I took the photos I carefully placed it in the nearby gras, as this road is comparably strongly frequented by cyclists, joggers and also cars, what sadly sometimes results in a lot of roadkilled amphibians at early morning, especially of fire salamanders.