Goats were after dogs most probably the earliest animals which were domesticated by humans. This happened around 13,000 years ago in the Near East, when people started to keep and breed wild goats (Capra aegagrus) instead of just hunting them.  Goats are a source of meat, hide, fur and horns (milk and dairy products were originally probably much lesser important than in later more productive breeds), they are quite modest and comparably easy to handle, especially when compared with much larger and potentially much more dangerous ungulates like wild boars, wild horses, aurochs, water buffaloes, dromedaries and camels. For this reason, early domestic goats reached already a wide distribution and were even transported to distant islands in some cases. Sometimes those still quite wild goats became feral and lived again the lives of their undomesticated ancestors.

In the case of the kri-kri, we see the fascinating case of such a stone age goat which managed to survive into the modern times in the wilderness of the island of Crete. Originally assumed to be a subspecies of the wild goat, it was found to be a very primitive domestic form, which was brought to the island during the Neolithic Age.

When I was some years ago at Crete I had the chance to see some of those beautyful goats at the municipal park of Chania. 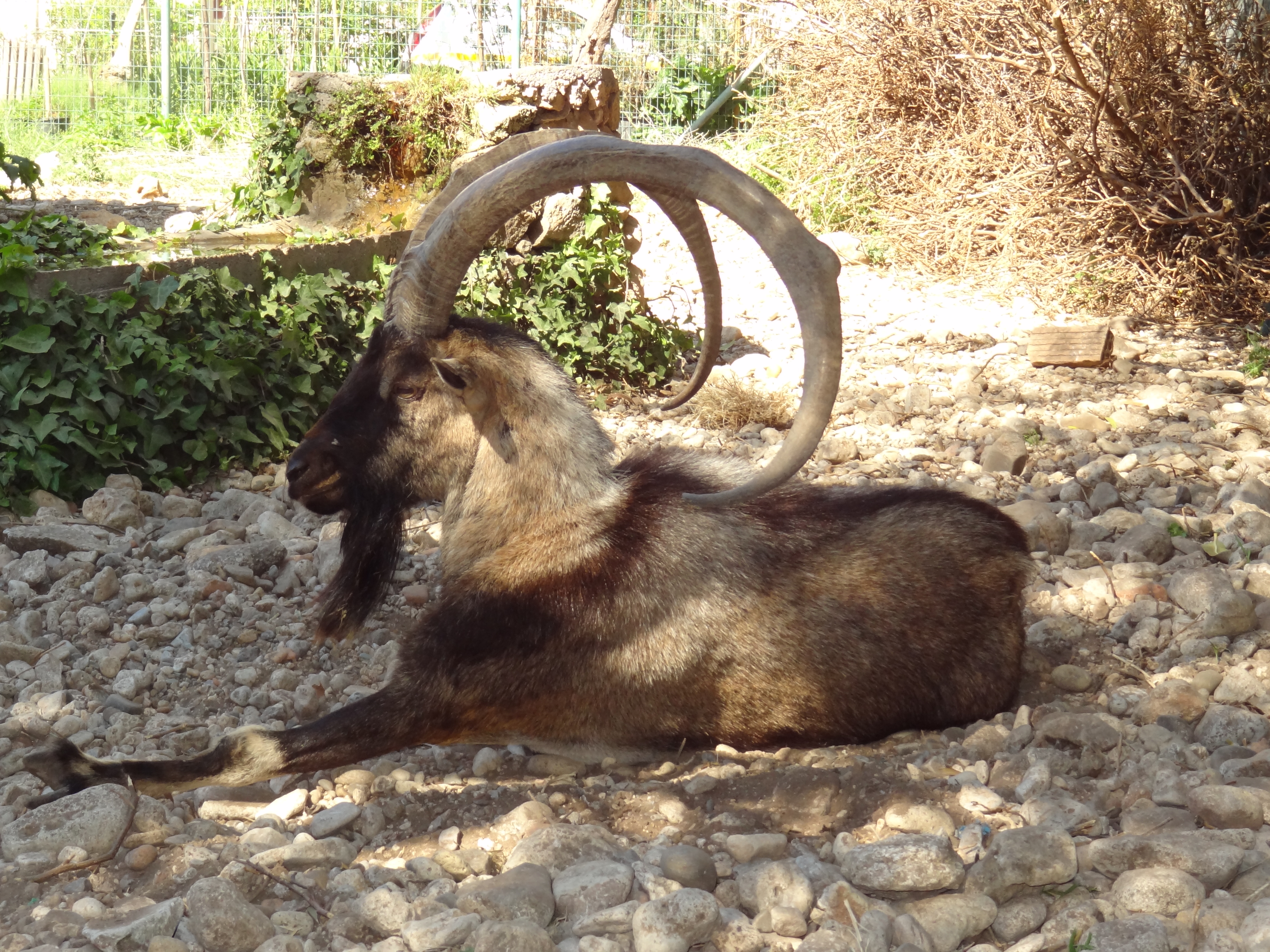 There was an billy goat with a huge pair of horns. As you can see on this photo, they were not just long but also extremely wide-spaced. 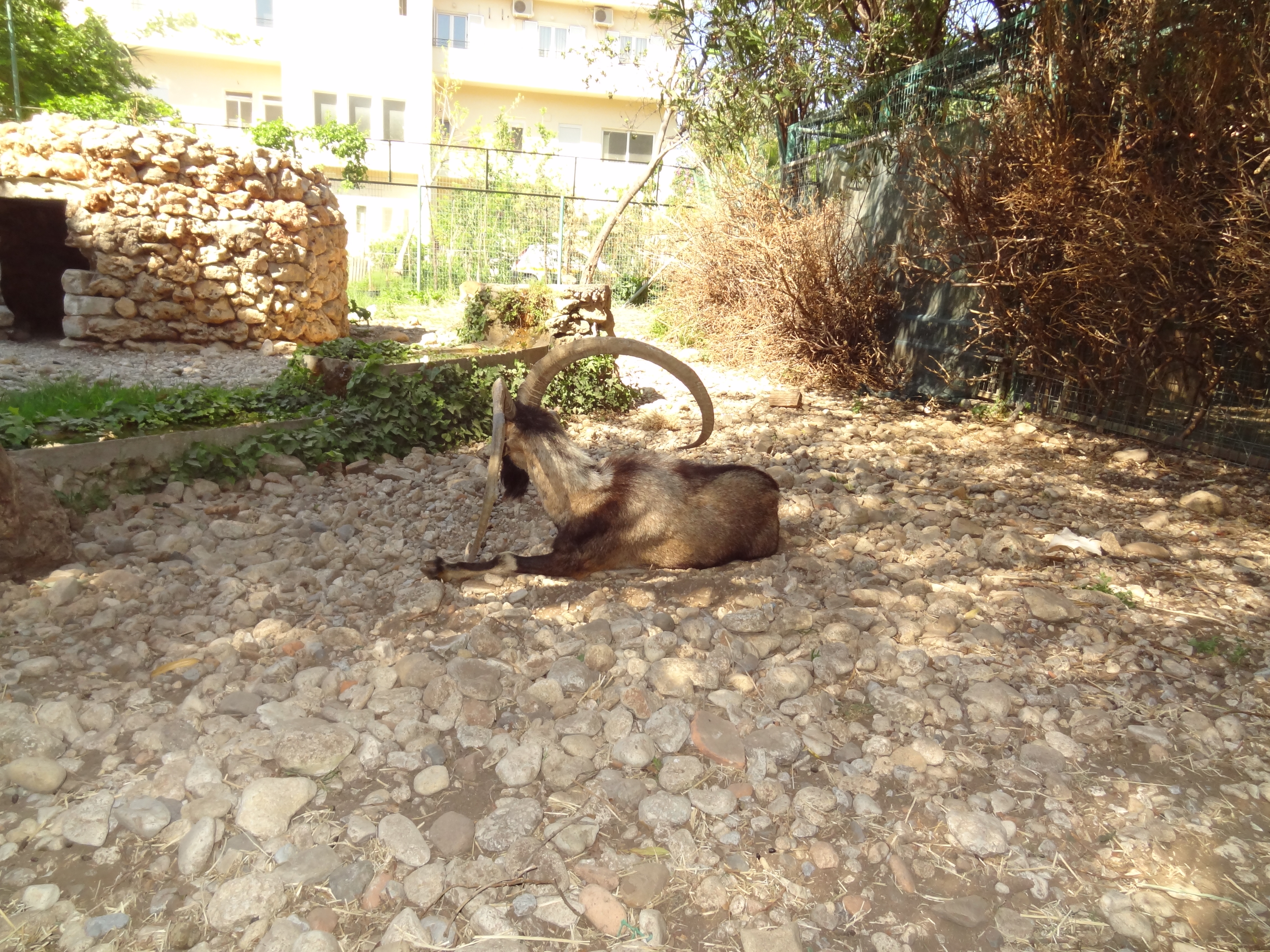 It used the tips of its enormous horns to groom its back and flanks. 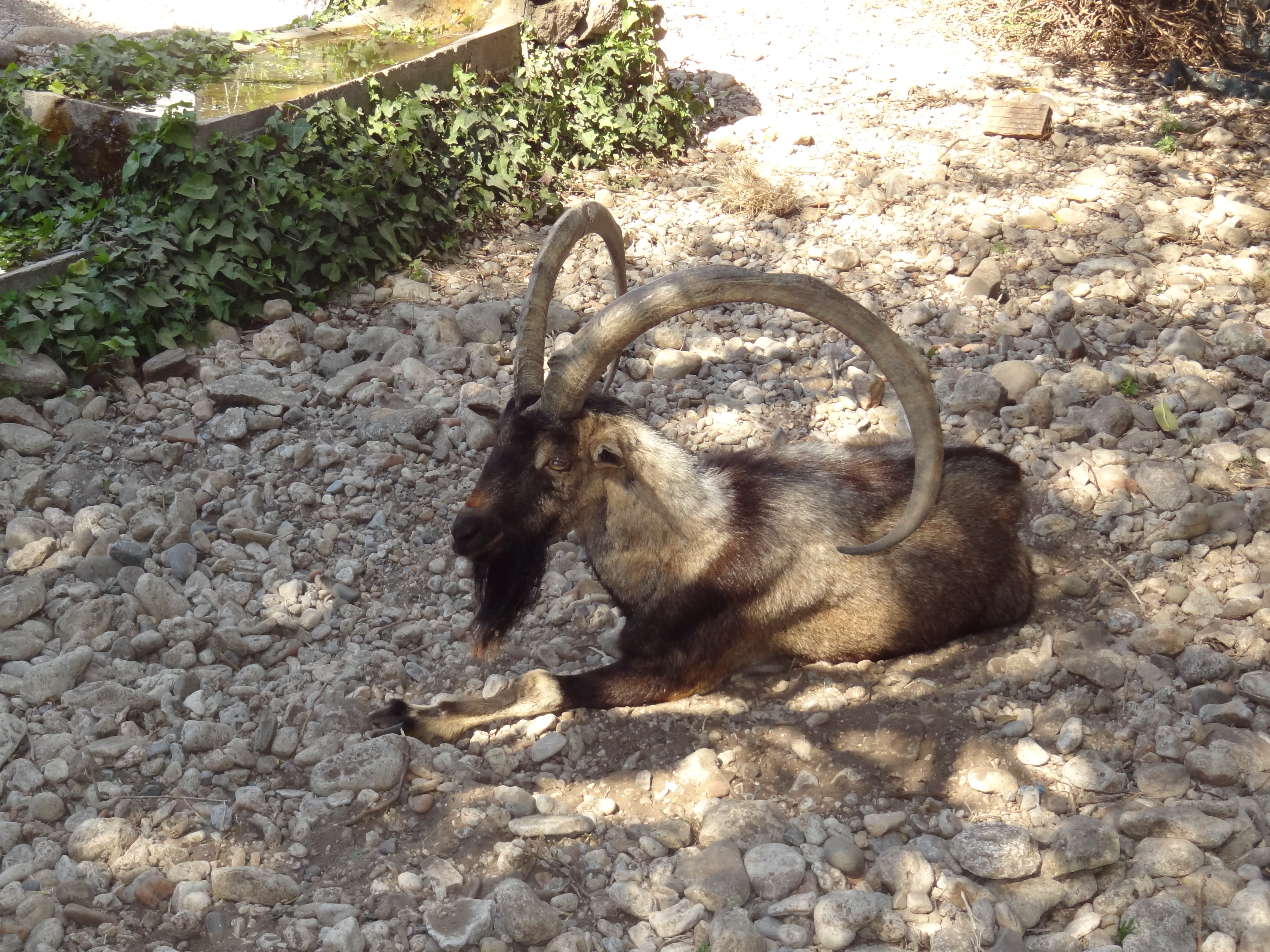 Here is a younger male specimen which had still much shorter but already impressive horns. 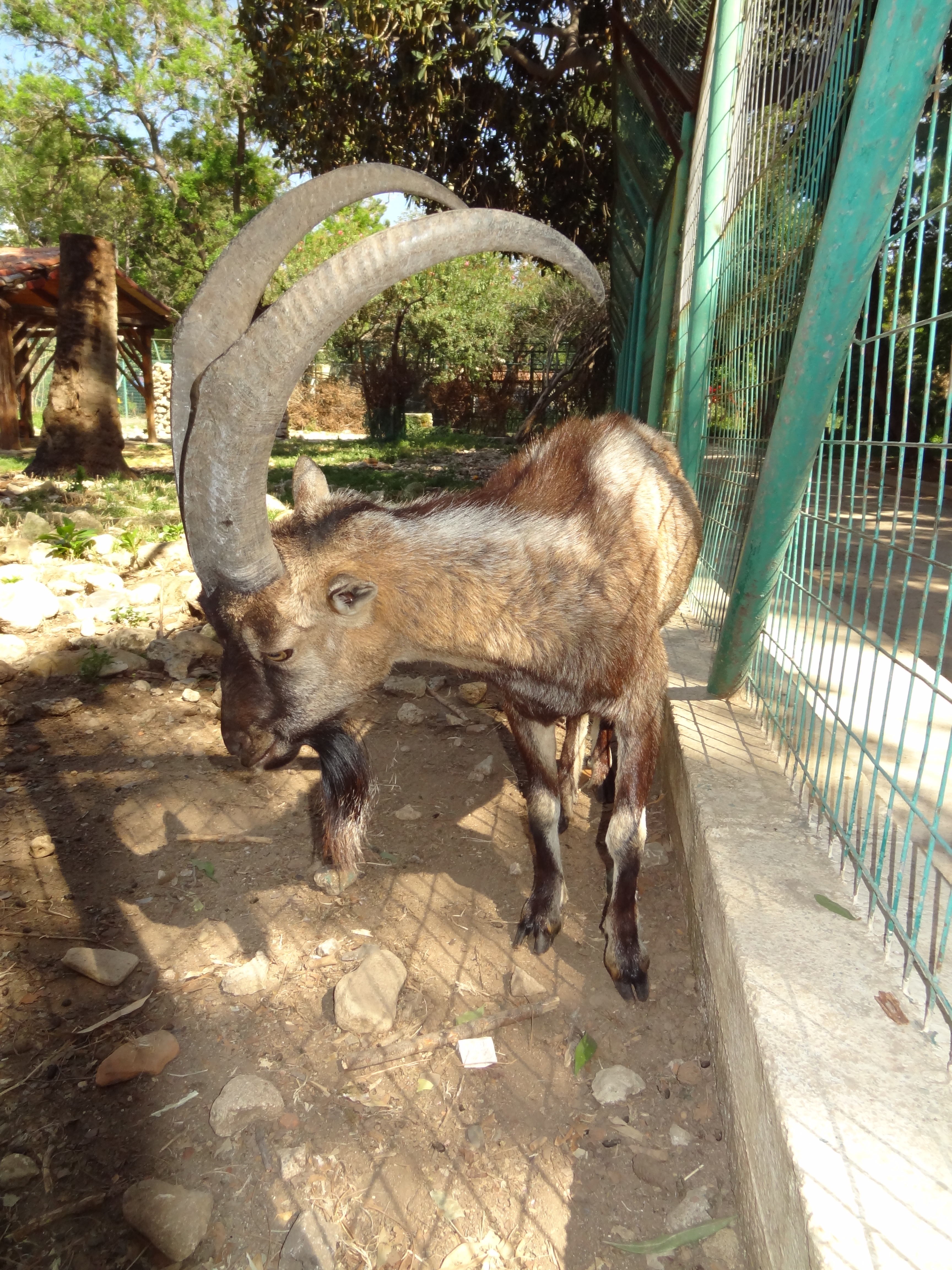 A map from Wikipedia showing the location of the island of Crete: 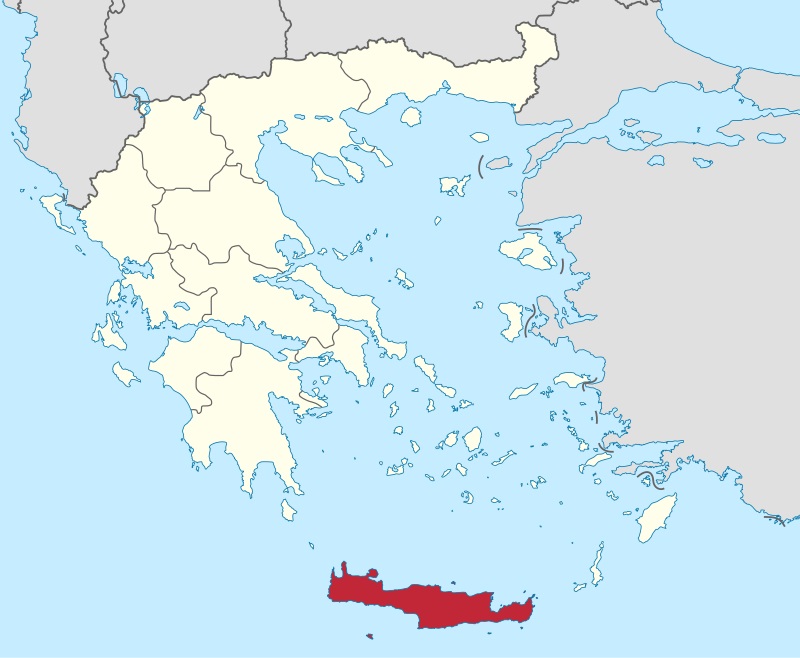 Sadly the kri-kris suffered badly from overhunting, especially during WWII. At one time only 200 specimens were left. Today there are again around 2000 of them, which are mainly living in the remote mountain areas in the southwest of the island, in particular in the area of the Samariá gorge and the surrounding national park area. The Samariá gorge is one of the most awesome geological phenomens of Europe, and really worth to visit. 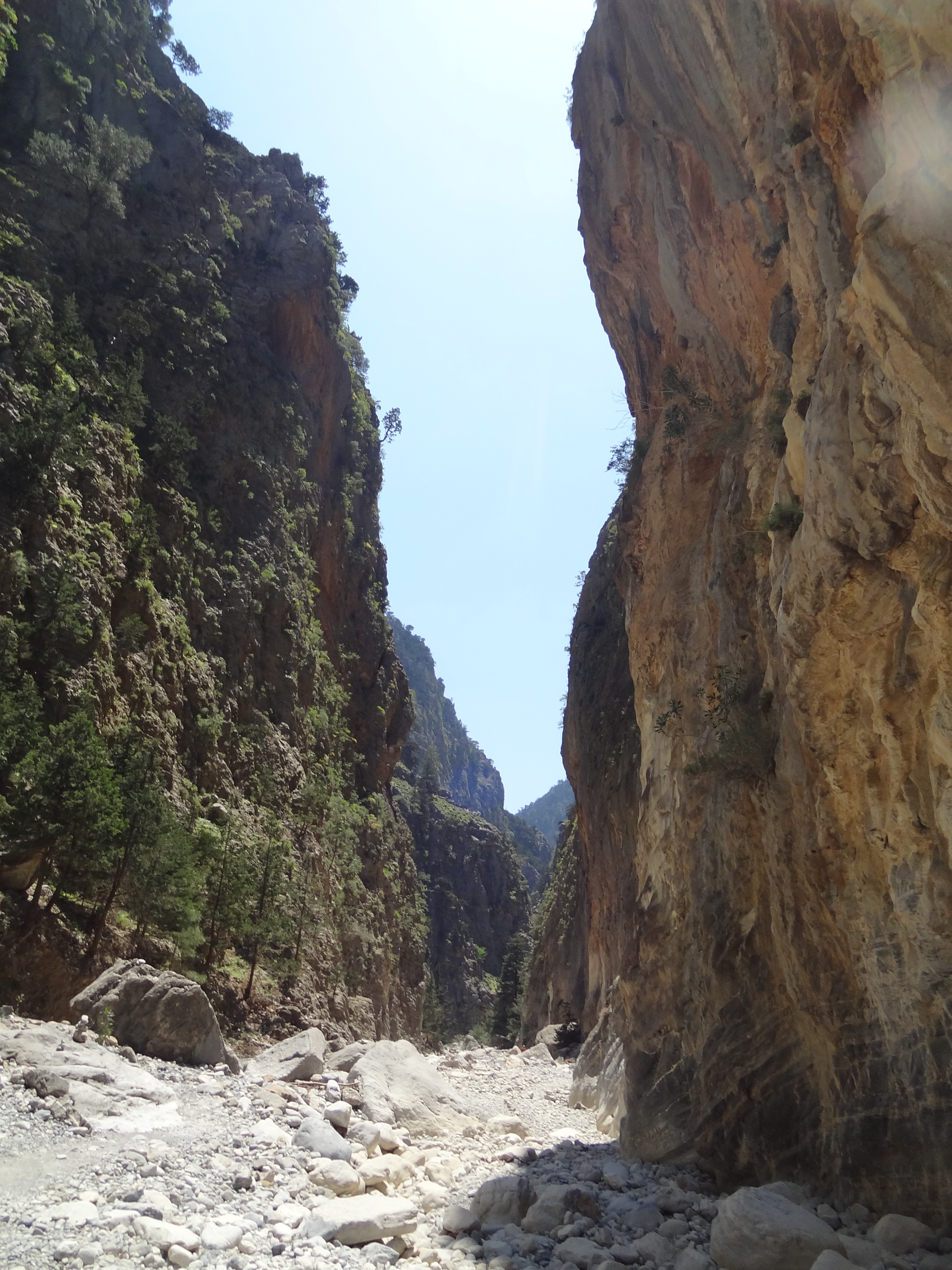 You can wander along its whole length from the mountains down to the sea. But should you ever do this, keep some important things in mind. Wear good hiking boots, as the area is really steep and you have to walk over sometimes wiggling rocks, wear headgear and use a strong sunblocker because there are longer parts nearly without any shadow, and the gorge heats up strongly in the sun. And perhaps most important of all, if you choose the way down the gorge to the small village Agia Roumeli, buy a ticket for the fairy which brings you back to the village Sougia BEFORE you start the tour.  Otherwise it can happen that you get stranded at Agia Roumeli, because the ferry is already outbooked and you have to wait for many hours at this shadow-less roasting pan-alike part of the earth. Agia Roumeli is located near to mouth of the gorge at the coast and is only accessible from the gorge or by sea. 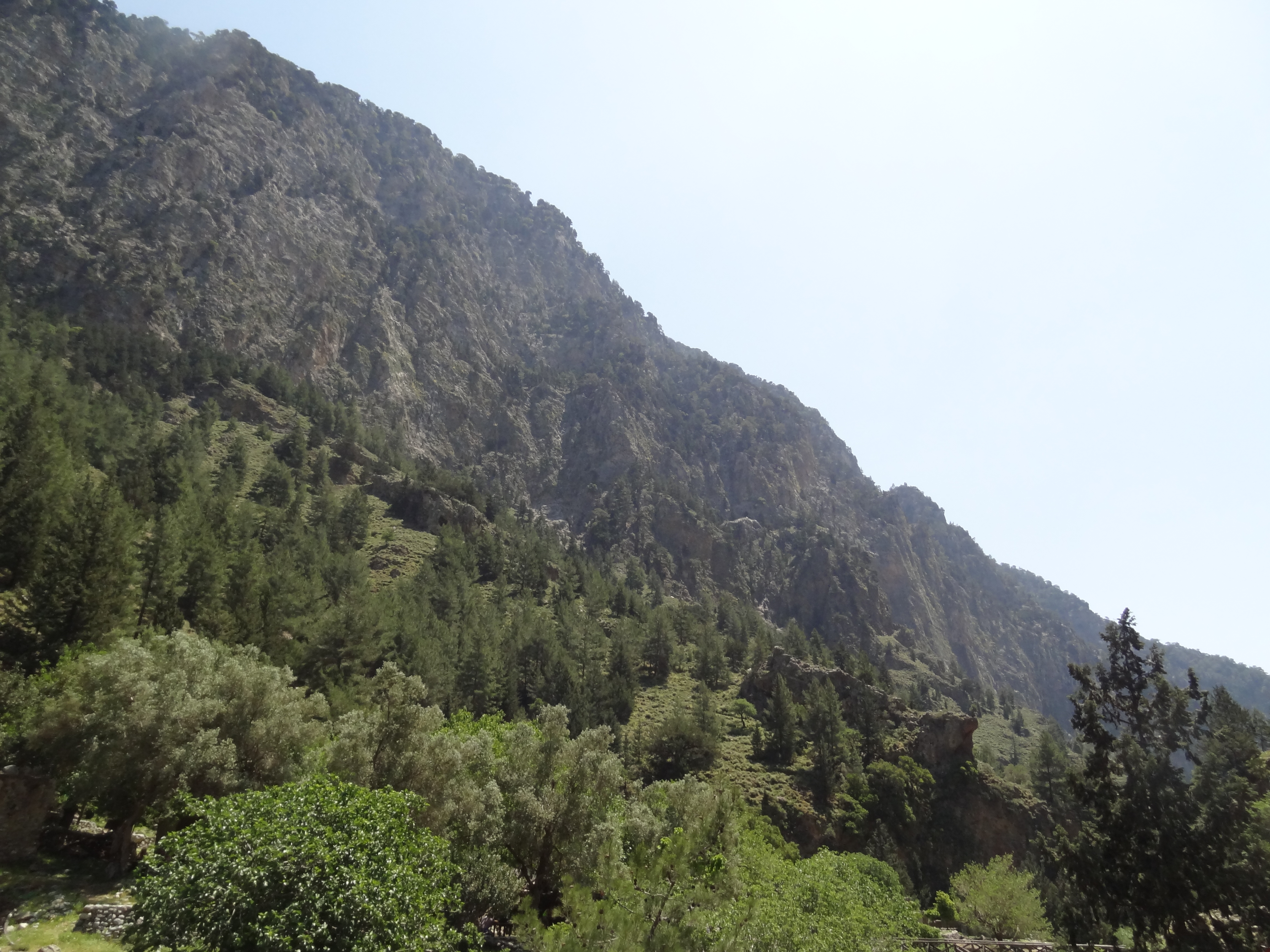 I have sadly not seen any wild kri-kris in the gorge, but I found a corpus delicti which clearly prooved their presence: 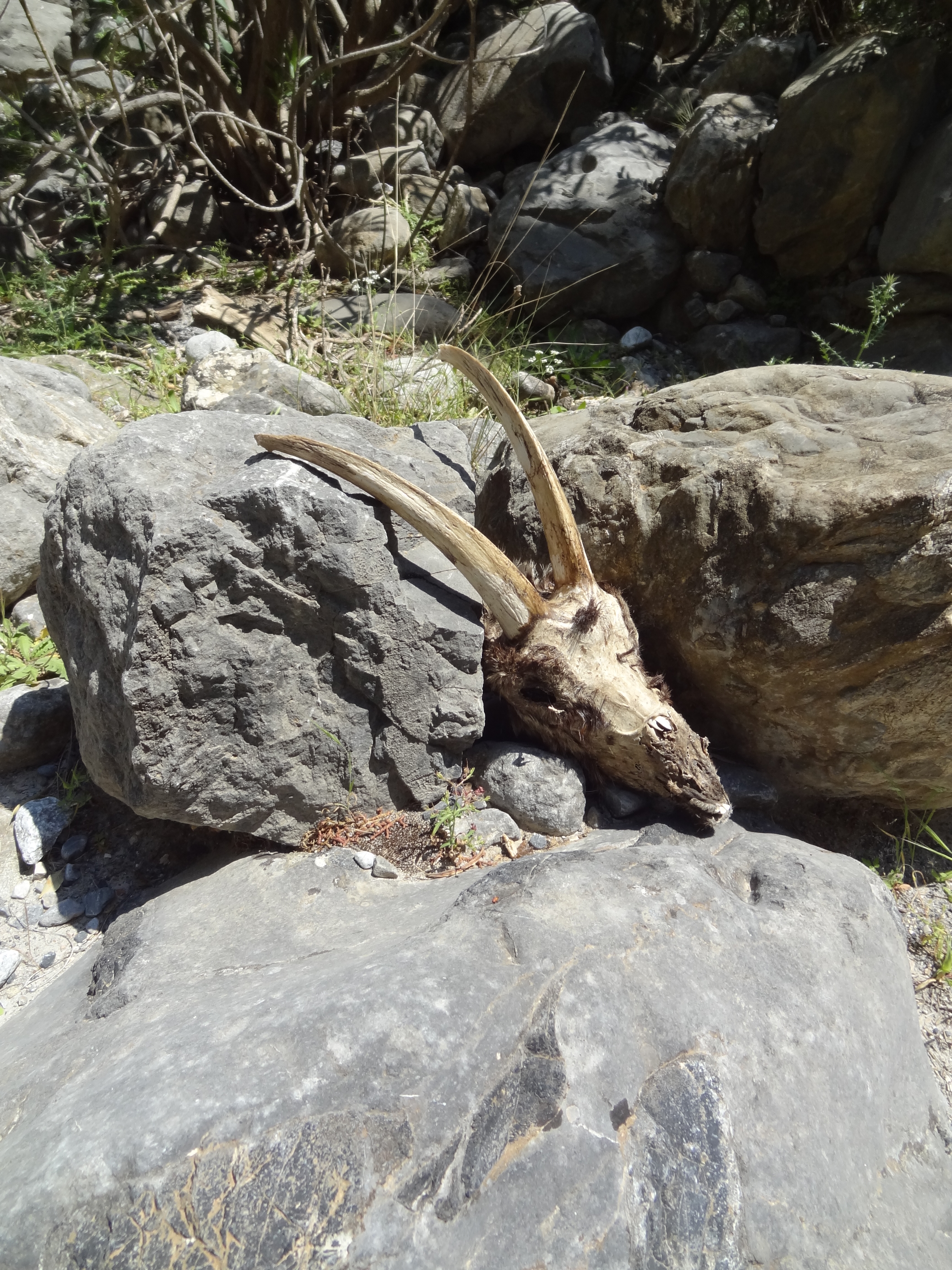 This partially mummified skull was lying on the ground, without any surrounding bones. It is well possible that the smaller parts were already all eaten away by the bearded vultures which also populate at small numbers the gorge. 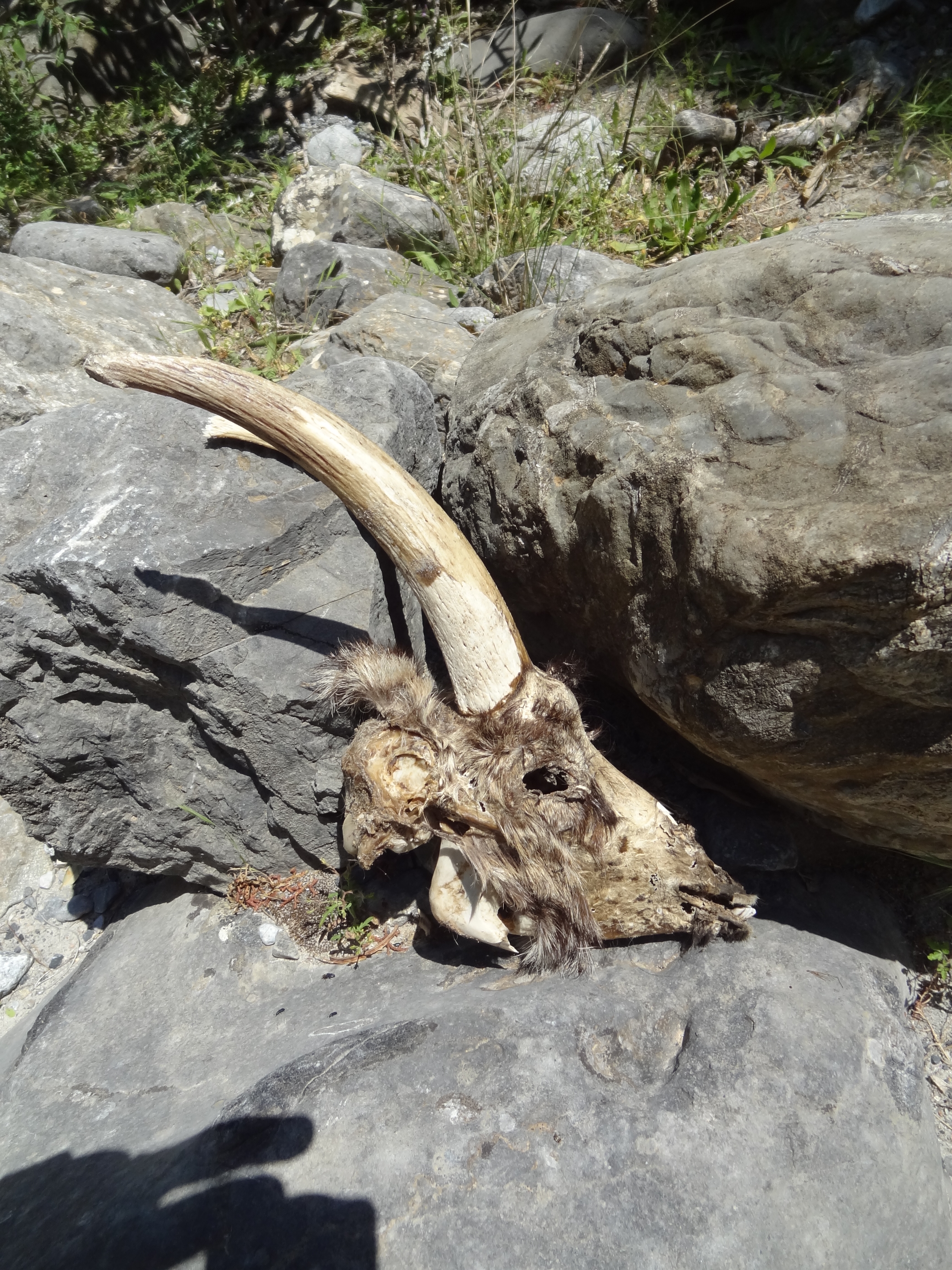 I saw also a partial kri-kri cranium with a huge pair of horn cores at the small archeological museum of Kissamos. Sadly it was not allowed to take any photos. But it could indicate that kri-kris had possibly prior to millenias of trophy-hunting and decades of genetic depletion also even bigger horns than seen today.