The last post covered the Cretan kri-kri, an extremely archaic feral domestic goat which still highly resemebles its wild ancestors. There are however also other, very primitive feral goats on other parts of the world, like the wild goat of Majorca, which gives us a vivid idea about the early history of their domestication.

I was lucky to encounter some of those wild goats some years ago near Alcúdia in the north-east of Majorca. There are also feral goats in many other parts of the island which are descendents of modern breeds, but the true „wild“ goat has a much more ancient origin. This goats were brought to the island around 4000 years ago by the Phoenicians. 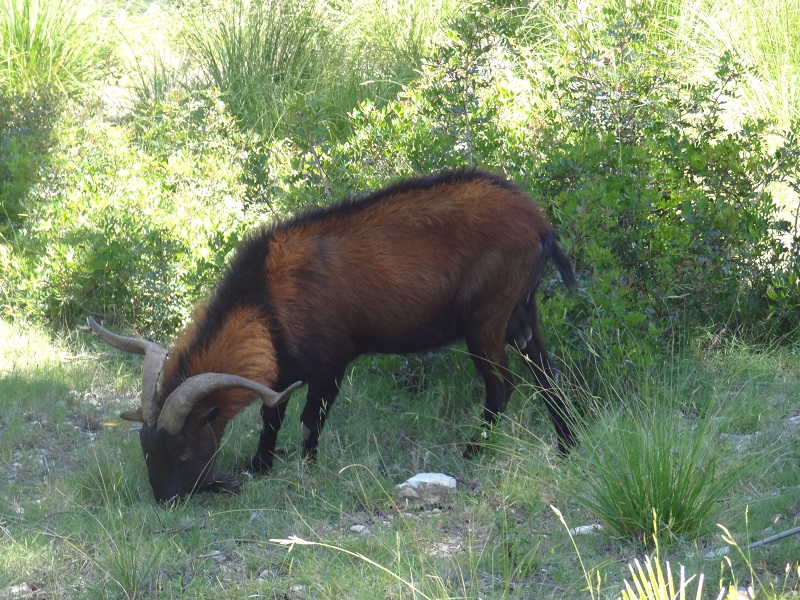 In contrast to the other feral goats on the island, which show a very large variation of colouration, horn shape and horn size, the wild goats are quite uniformous. They are mainly of a reddish brown, with a dark stripe running down the back and over the shoulder area to the legs and have short fur. They have always horns, which are especially impressive in the males. 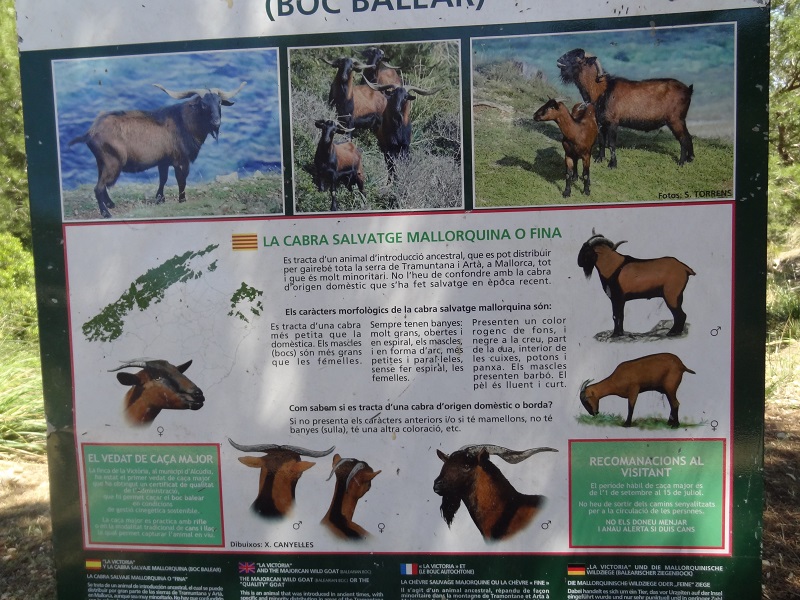 The wild goats in this area are not very shy, so I could ovserve them from a very close distance. 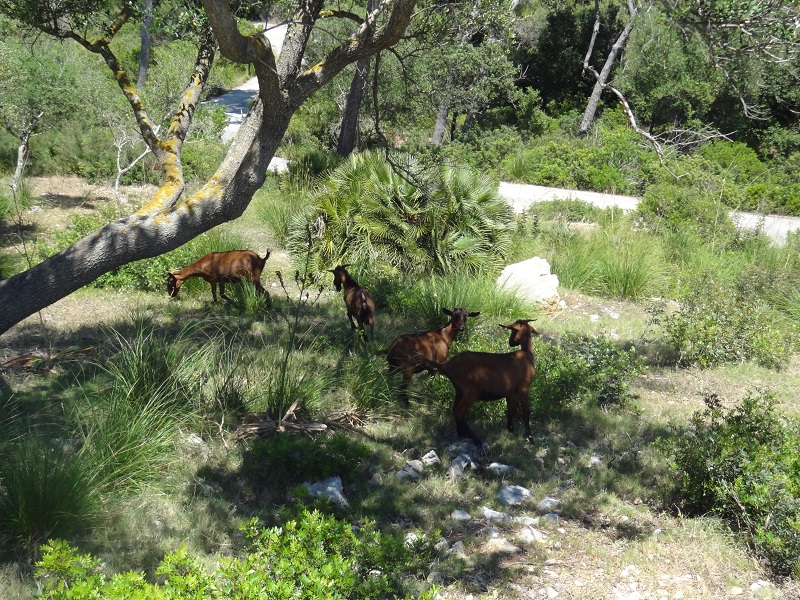 The flight initiation distance of the goats in this particular area is quite small, and they apparantly don´t care much about the people walking around. 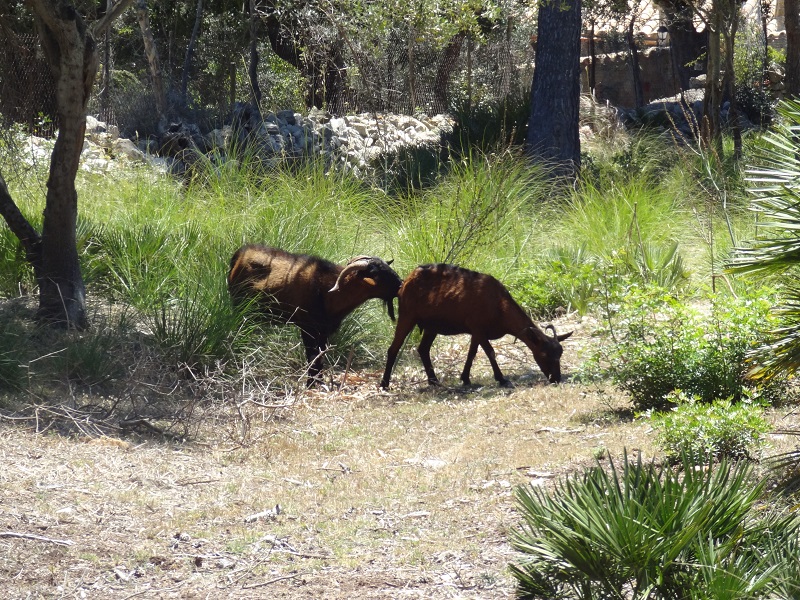 The total population of the wild goats is around 1000, whereas the total number of feral goats on the island is around 25.000. 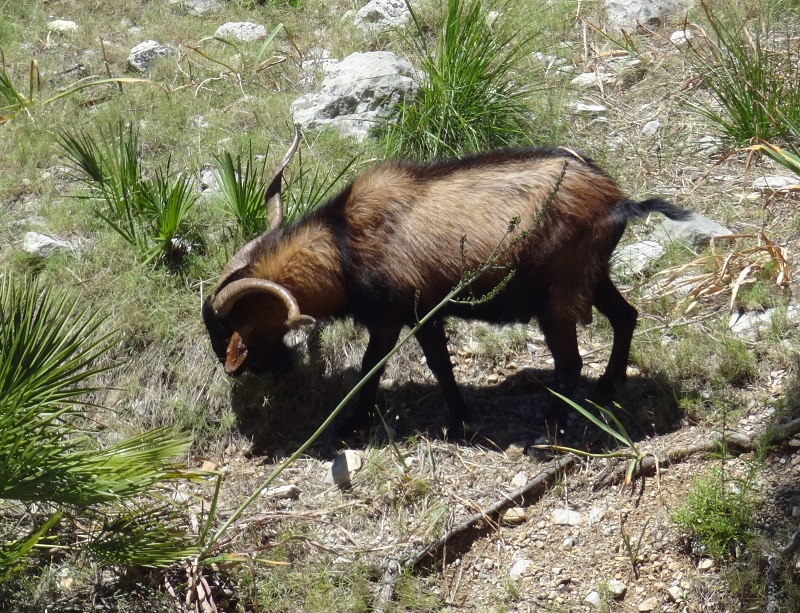 Despite their very small population size, there is still limited trophy hunting for the males. 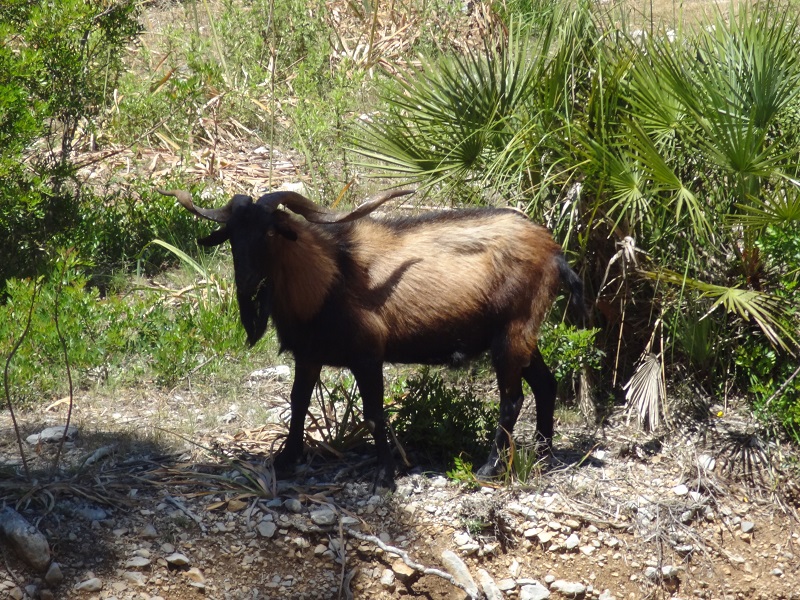 This goats show already much more differences from their ancestral forms if compared with the kri-kri, but still appear a lot like a real wild ungulate. 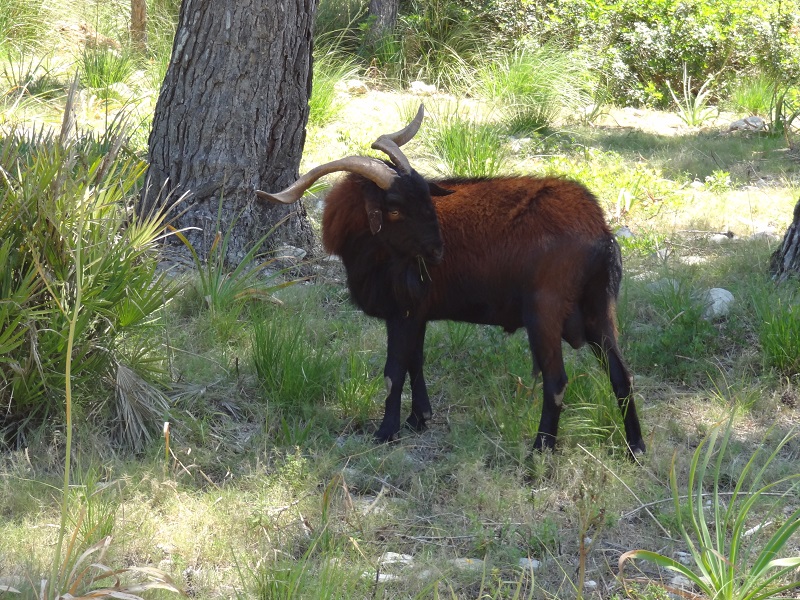 I could also see this irritating behavior of a billy goat. I have once seen a domestic goat in a zoo doing this too. 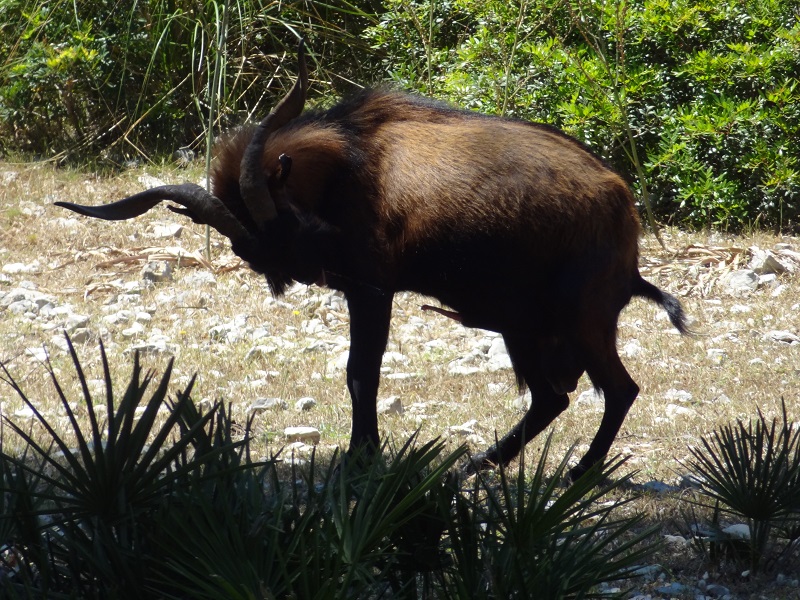 Don´t ask, it´s exactly what it seems to be.

Here are some normal feral goats I photographed near Pollença.

The nature of Majorca is really awesome, and the island is worth to visit for many reasons. But if you make a holiday on the island, don´t forget to take a look at the hybrid bronze age feral goats. 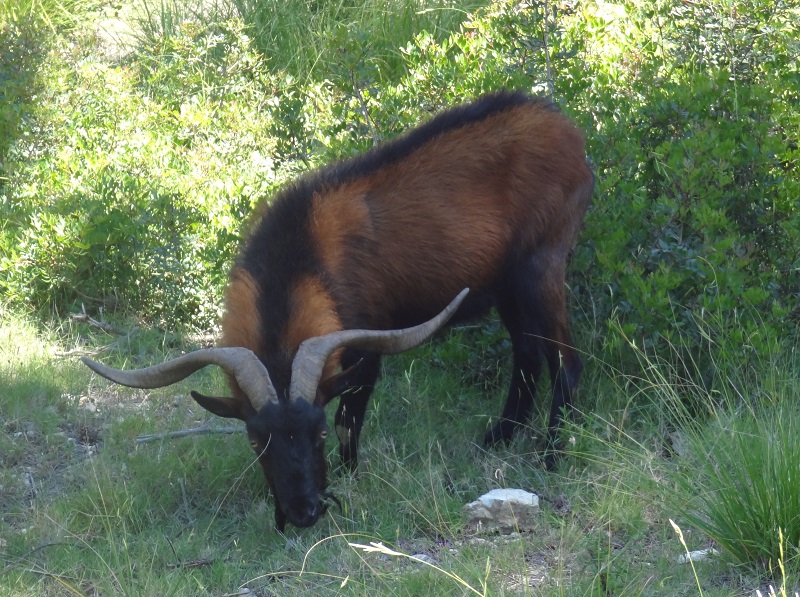