The last part of the mini-series features the skeleton of a six metres long Cuvier´s beaked whale (Ziphius cavirostris) near the Punta de Jandía lighthouse, at the southern tip of Fuerteventura. 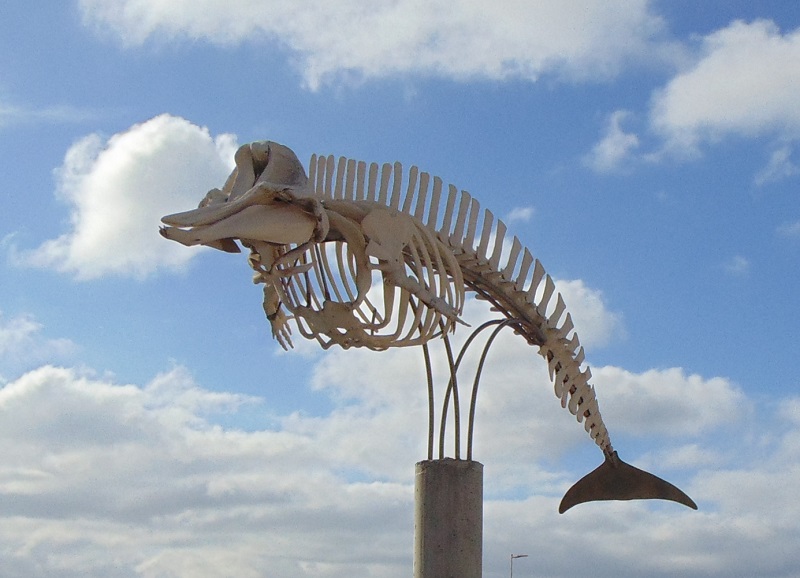 It´s also always good to have photos of various whale skeletons from as much directions and with as much detail photos as possible, especially when it comes to the identification of alleged marine „monster“ carcasses which show up suprisingly often in the medias. It is crucial to understand the anatomy of an animal from its skin down to the bones and to know the processes of taphonomy which can disfigure the original appearance of a body dramatically, to make really profound statements about the true original identity of those „monsters“. Here is one such example of a beaked whale, which was recently assumed to be a monster. Besides the really bizarre speculations like those that it was some sort of alien or a horned mermaid, a surprisingly large number of people assumed it was some sort of marine iguana, as they misinterpreted the bare rib-bones as spines, without realising that the body is lying on its left side, and the remaining skin-covered area on the bottom is in fact the back.