Deer antlers are in my opinion one of the most bizarre organs among all mammals. A pair of bones sometimes surpassing the mass of the limb bones which grows annually in extremely short time out of the skull just to quickly nectrotize and still stay attached on the head for the rest of the season until it gets lost via some sort of autotomie. That´s just incredibly odd in every aspect, even more so for a mammal.

But having such an elaborate structure on the head can also lead to really stupid accidents as shown in part I of the series. Another example of an antler-related accident is this quite capital pair of antlers from a museum of the Polish Academy of Sciences at Popielno. This stag had its antlers fully entangled into barbed wire: 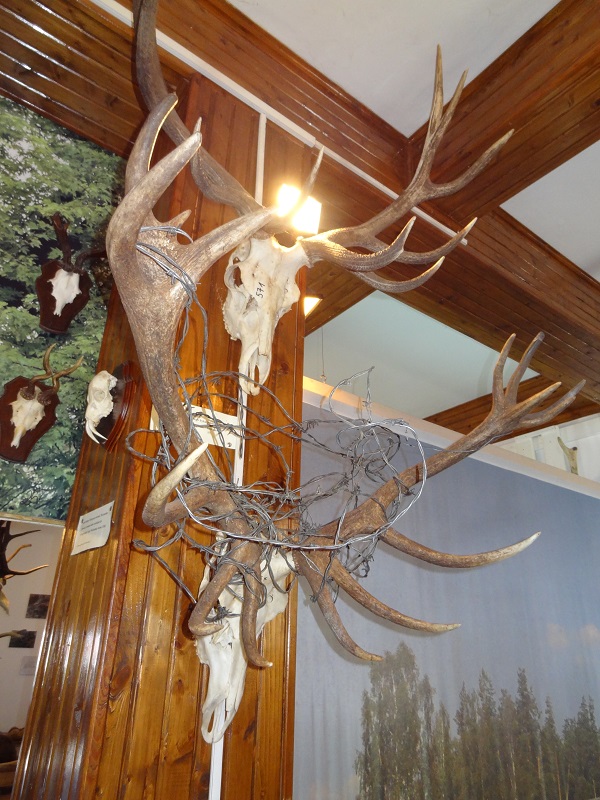