During my holiday on Crete some years ago, I visited Lake Agia, a small artificial lake in the southwest of the island. This reservoir is mainly known for its various species of waterfowls and a popular place for birders. But even more interesting for me was the chance to see American bullfrogs (Rana catesbeiana) in the wild. Several years ago somebody tried to breed them commercially for their meat in that area, and -not surprisingly- some managed to escape and breed in Lake Agia.

I have no idea how successful they did reproduce there, because I could only find one single specimen and hear another one. But it was still highly impressive to watch a bullfrog from a distance of only a few metres. Bullfrogs are usually not kept in zoos, and if you have never seen one before, it´s really amazing to see a living frog of that dimensions, especially if you are only familiar with the much smaller European species. 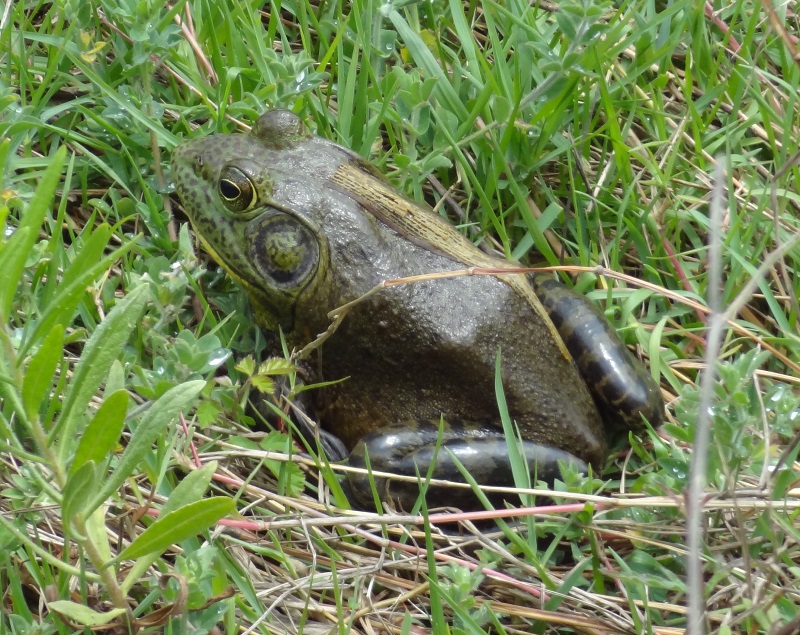 There are allochthonous populations of American bullfrogs in several areas of Europe, for example Italy or Southern France. There was (or still is) even a population in Germany in the area of Karlsruhe. 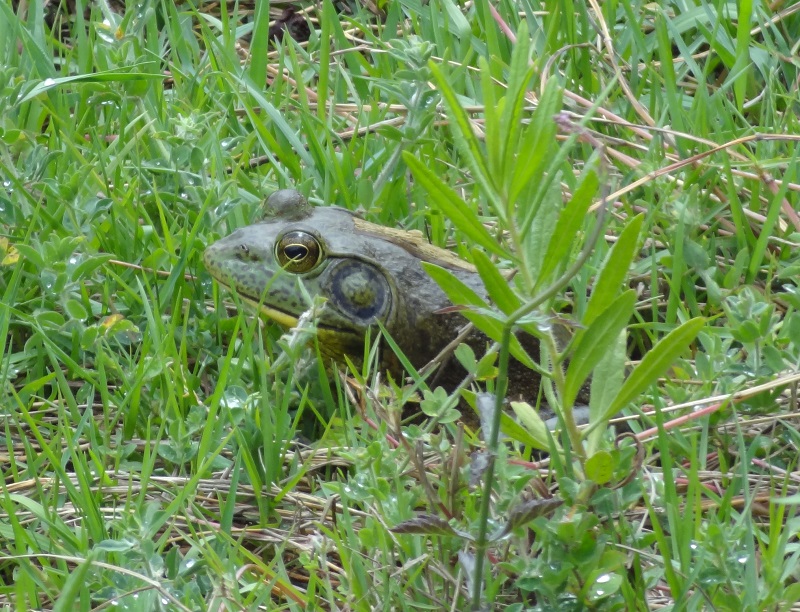 Here is a panorama shot which shows a part of Lake Agia. Sadly only a short way alongside the lakefront is accesible. I also took there some of the very best photos of Balkan green lizards (Lacerta trilineata) during the holiday, perhaps because the lizards there are more familiar with people and lesser shy.

Besides the bullfrog, the many birds and the Balkan green lizards I could also find a lot of Caspian turtles (Mauremys caspica). So if you should be on Crete anytime, try to make a trip to Lake Agia. At best you rent a car to reach it, but it is also possible to walk the pretty long (1h+) way from the next bus-stop near the coast, for example from Kato Stalos.

More nature reports from Crete can be found here, for example about Rodopou and Lake Kournas.