Fossil of the day: Pelagosaurus typus with fatal jaw fracture

Today I visited the fossil museum at Dotternhausen, which exhibits nearly exclusively fossils found in the surrounding area. It is located in the Swabian Alps, an area which is famous for various fossil deposits, especially for ammonites and other marine invertebrates. There are however also some very nice vertebrate fossils on display at the museum, including a spectacular fossil of a subadult Pelagosaurus typus, a small basal marine teleosaurid from the Toarcian which grew not larger than around 3 m. This particular specimen shows a quite dramatic pathology of the lower jawabone. The mandible fractured around halfway in its middle and pointed nearly rightangled downwards. 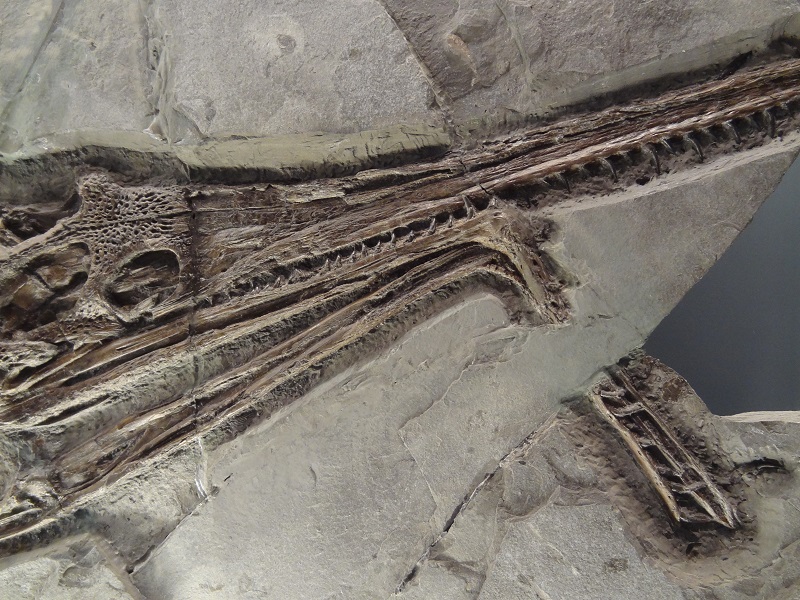 This was neither a postmortal artifact nor something that happend just prior to the death of this hapless little crocodylian. It must have lived for a considerable time with this broken mandible, as the fracture healed and formed a massive callus at the ends of the fractured bones. 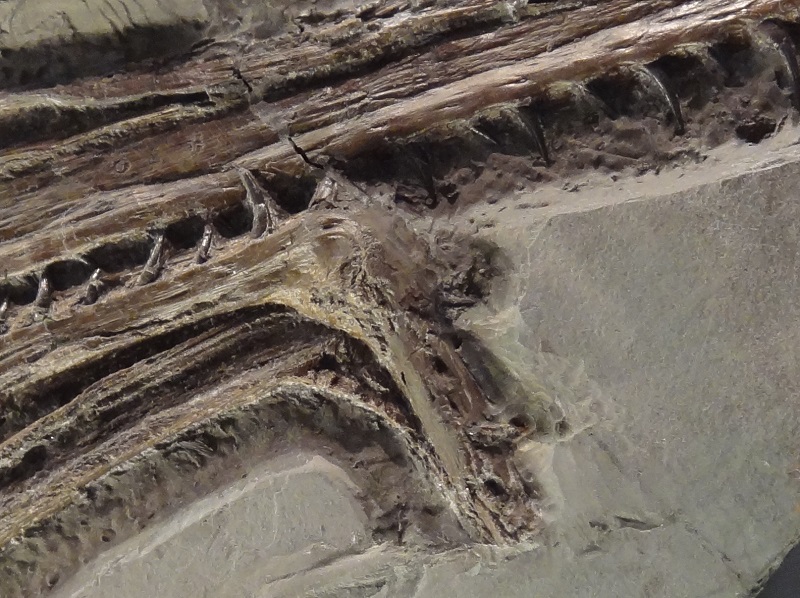 Comparable jaw fractures of lower and upper jaws are also known from modern crocodylians as well, especially very long-snouted species like gharials. Sometimes considerable parts of the jaws are even fully missing, and they are sometimes still apparantly doing well. This shows that it is not necessarily always fatal if a large part of one of the jaws is missing or so malformed that it becomes functionally absent. The very strong deformation of the mandible, the small size of the subadult specimen and the fact that this was a pelagic predator however could well indicate that the deformaty was a strong handicap for hunting and lead eventually to starvation.

Here is a photo of the whole skeleton: