In 2014, I made a trip to Dragonera, a small island off the west coast of Majorca. My main focus was to see the endemic variant of Lilford´s wall lizards, Podarcis lilfordi ssp. giglioli, which populates this island. Among the countless specimens I´ve seen there, one was of particular interest. It was a male with a freshly autotomized tail, which was just in the act of swallowing a lizard tail. I sadly managed to take only a single photo of if, and at the time I´ve seen it, I assumed that it was probably consuming the tail of another lizard. Well, that could have been the case, but it could have been even weirder, and it was not eating the tail of another lizard, but its very own tail. 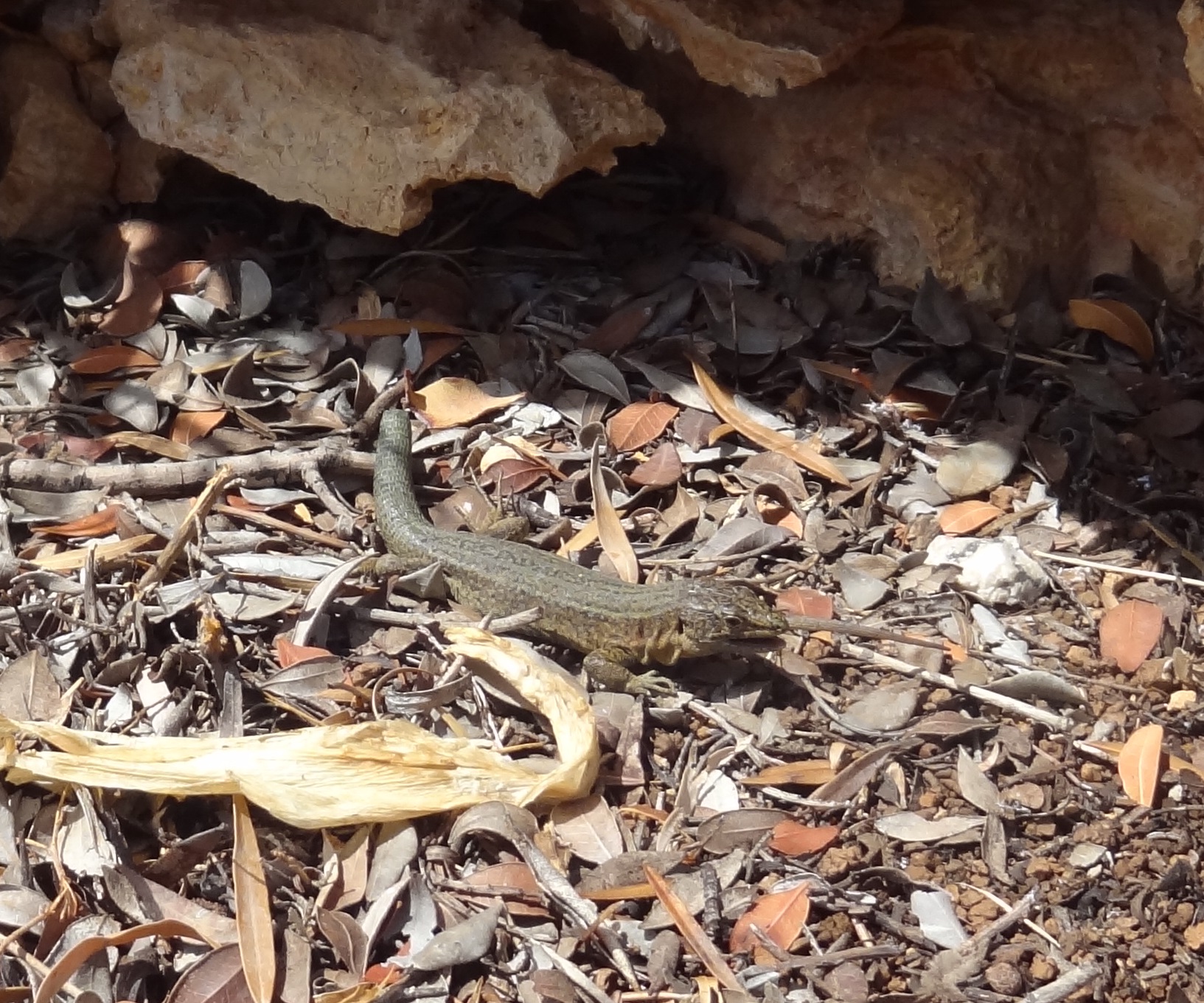 Autophagy or autocannibalism is not even that rare, a lot of animals habitually consume own body parts, like the shed skin of amphibians or the placenta which is often consumed by female mammals after birth, and degus gnaw off their own dried tail bones when they have lost the superficial skin by autotomy.

There are also a few documented cases of skinks, lacertid lizards and even tuataras which had eaten their own autotomized tails. One such a case was recently observed and photographed on the Iberian Peninsula in 2013. During a fight between two males of Iberolacerta monticola, one of the contrahents lost its tail. When the lizards detected their human observers, one of the males fled, but the tail-less specimen started to consume the tail it had just autotomized.

Perhaps the opportunistic consumption of the own tail after such fights is practized as a compensation for the energy stored in the tail, which would be otherwise completely lost.

I have sadly not observed what happened before I discovered the tail-eating lizard on Dragonera. So I don´t know if it really consumed its own tail, or the tail of contrahent after a fight, or – also possible -opportunistically an autotomized tail which it just found. I will never know. But given the fact that it had a very fresh tail stump it is still well possible that it really was such a rarely photographed case of tail autophagy.